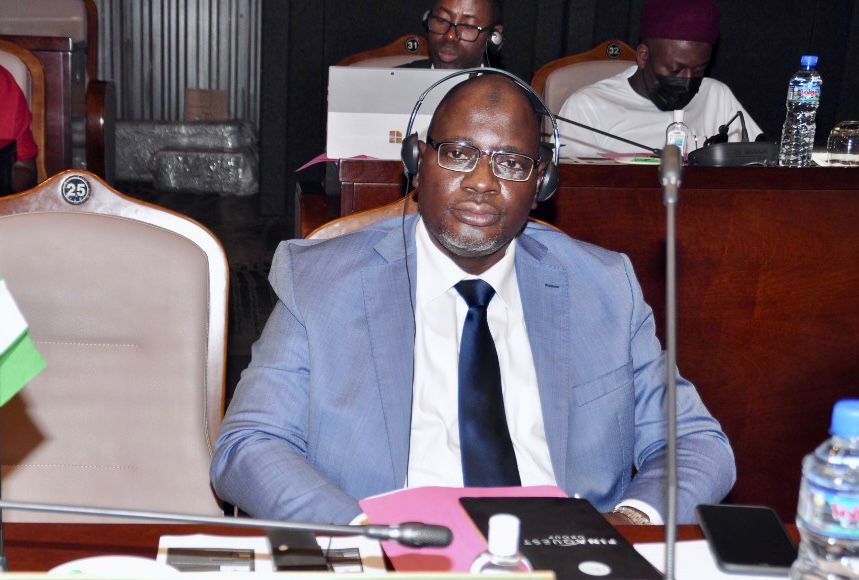 Accuses States of being ill-advised, beggarly and lazy

The Global Economic Policy Initiative (GEPiN), has affirmed that the powers of the Federal Inland Revenue Service, (FIRS) to recover unremitted taxes deducted by States and Local Governments are clearly stated in the country’s fiscal laws.

GEPiN, an economic policy think tank, in a statement it issued on Sunday, responding to the Communique issued by the Body of Attorneys-General of the 36 States of the Federation (BOAG) at the end of their meeting in Lagos where they warned Federal Government Agencies to stop issuing threats to state governments claiming that “states are equal and not subservient to the federal government.”

The communique of the body came against a backcloth of a public notice released by the Service to commence the enforcement and recovery of unremitted tax deductions owed by some states and local governments.

“The States are pitifully wrong and misguided in this position. The laws demand that they are to deduct Value Added Tax, Withholding Tax among others from their Service providers, on behalf of the Federal Government and remit them accordingly. Their communique was hastily put up and lacked basis in law,” the statement signed by the group’s President, Mr. Bernard Okri stated.

“BOAG’s position is anything but rational, and can best be described as a puerile and ill-advised one.

“Notwithstanding that Nigeria operates a decentralized tax system where each level of government is independently responsible for the administration of taxes within its jurisdiction, the provisions of Sections 78(3), 79(3), 81 of the Companies Income Tax Act (CITA) and Sections 9(I), 13(1) of the Value Added Tax Act (VATA) mandate Ministries, Departments and Agencies of Government (MDAs), Parastatals and other establishments to deduct WHT and VAT while making payments to third parties and remit same to FIRS.

“By the provisions of the relevant laws, States and Local Governments are also statutorily mandated, as agents of collection, to deduct at source and remit to the Service, all taxes deducted, within twenty-one days.

“However, from the contents of the recent publications by FIRS, most States and Local Governments have failed to comply with these provisions of the law and it not surprising that FIRS is taking every necessary step to recover those unremitted funds within the ambit of the law.

“Much as the concurrent utilization of our tax system is desirable in order to maximize tax revenue collection, to fund critical infrastructure, and create a healthy fiscal relationship between all tiers of government, a cursory look at extant tax laws would reveal the necessity for caution on the part of BOAG and the overriding need to avoid the temerity to question those laws,” GEPiN noted.

GEPiN accused the body of challenging a legitimate process backed by Statute.

“Moreover, BOAG’s position has made only one thing clear: a regrettable rashness that results from underrating the dangers in, or a failure to critically evaluate the consequences of, throwing a spanner in the works by attempting to stop a legitimate process initiated by FIRS, which statutorily assesses, collects and accounts for taxes that are eventually utilized by all the tiers of Government,” it noted.

The statement went further to state that there was so much the States could do to raise revenue, rather than begging cap-in-hand for revenue collected by the FIRS.

“It is simply a continuation of the lazy and beggarly attitude of States who come cap-in-hand to share revenue collected by FIRS.

“There is so much the States can do in terms of internally generated revenue but would rather go to the godfather, the Federal Government to be able to pay salaries. So much disappointment, but what can be expected from typical spineless States that only survive by asking for funds from the Federation account.”

The group commended the FIRS for optimised revenue collection especially given the country’s economic circumstances.

“Certainly, at a time when the nation is in dire need of funds to meet myriads of financial obligations, FIRS has demonstrated and continues to demonstrate its role in optimizing tax revenue collection, therefore deserves encouragement from, and not active hostility or self-serving opposition by, those for whose benefit the taxes are collected.

“Kudos to FIRS for its determination to remain focused on the recovery of those unremitted taxes knowing that their power is derived from the provisions of the relevant laws, notwithstanding BOAG’s impertinent and presumptuous resistance,” the statement noted.