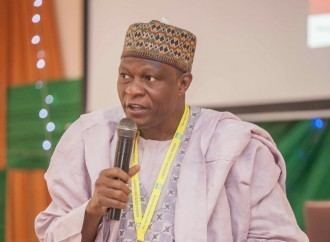 The vice-chancellor, University of Abuja, Prof. Abdul Rasheed Na’allah, has said the establishment of Japanese language and culture institute in the University was primarily aimed at assisting Nigeria emulate Japan’s technology and scientific development.

Na’allah made this known on Thursday in Abuja at the Japan International Cooperation Agency (JICA) First Chair event with the theme, “Post World War II : Reconstruction and Economic Development in Japan -Lesson for Nigeria.”

He said: “The university of Abuja has understand the importance to instill in our students spirit that will lead them to succeed in life. You see around the world that such spirit is the Japanese.

“This is a nation that has not got so much in resource but has focused on human resources to make sure that it nation is at the top of the whole world and consistently continue to develop and we think that young Nigerians should learn from this.

The Japanese Ambassador, HE Matsunaga Kazuyoshi said Japan did not only modernize and create a rich, prosperous, free and democratic country focusing on the rule of law, but it also ensured to maintain its tradition and identities which has earned Japan a place as the first non-Western country to become a developed country.

According to him, one of the secrets of the Japanese economic miracle after the Second World War was the Meiji Restoration which marked the beginning of the transition from a non-Western culture to modernity in Japan, not only in dress, but also in the social system and the mindsets of the Japanese people.