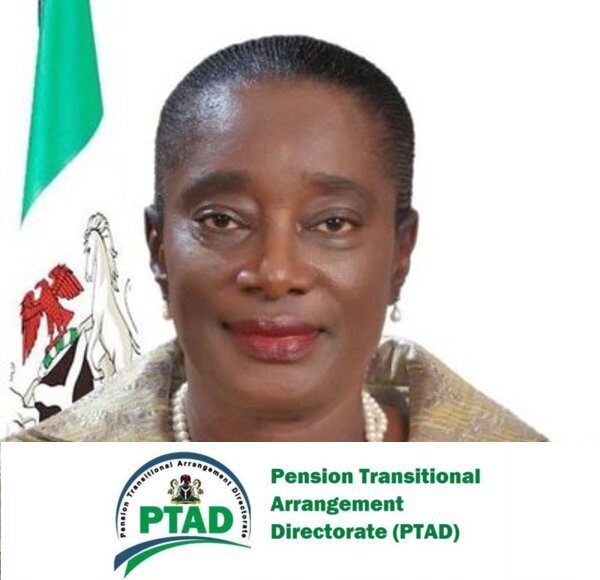 The Nigerian Union of Pensioners (NUP), has judged as effective and commendable the efforts of the Pensions Transition Arrangement Directorate (PTAD) towards sanitisation and management of pension administration in the country. The union also said the efforts had in no small measure eased the living condition of the Defined Benefit Scheme pensioners.

NUP also call for more support and equipment of PTAD with  21st century necessaries by the Federal Government to enable the agency operate more efficiently and effectively like other government pension agencies in other countries.

National President of the pensioners’ union, Comrade Godwin Abumisi,  when he adressed journalists yesterday in Abuja went on to say that PTAD has brought succour and smiles to Nigerian pensioners through their various policies and interventions. He further said noted that PTAD has brought noticeable less agitation and outcry, maintained that PTAD could not be “held responsible for delay of monthly pensons or any related payments as misconceived by the misinformed general public.

According to him, PTAD’s ntroduction of ‘I Am Alive’ application software designed to routinely check the status of aliveness of pensioners and removing death cases from the database and payroll, has eliminated the rigorous physical verification exercise but most importantly, saved the Federal Government billions of naira.

“The Directorate also settled significant portion of the outstanding inherited liabilities due to Ex-workers of another three (3) of the Defunct Agencies – NICON Insurance. Delta State Company Limited, and NITEL/MTEL. This provided a significant moral booster and renewed confidence in the administration of President Muhammadu Buhari to make sure every eligible pensioners gets their pension entitlements as at when due.

“PTAD also implemented the approved 9.7 Pension increment for Pensioners of the Defunct Power Holding Corporation of Nigeria (PHCN). This increment took effect in June 2016 and the accrued arrears paid was to the tune of N6.9bn.

“Other accrued and inherited arrears paid by the Directorate to pensioners of defunct/privatized agencies include: Cleared the 33% increment arrears owed pensioners in the Parastatals Department in December 2019. One-off payment of Six Hundred and Three (603) verified ex-workers of the Aluminium Smelter Company of Nigeria (ALSCON). One-off payment to Six Hundred and Twenty (620) ex-workers of the Nigeria Aviation Handling Company (NAHCO). Enrollment of ex-workers of Assurance Bank to the person payroll and payment of their arrears.

“We therefore score PTAD high on this giant stride and give kudos to the Executive Secretary, Dr (Mrs) Chioma Ejikeme, the entire management and staff of PTAD for their sheer sense of commitment and diligence for making it possible.”

On 2023 general elections, the Nigeria Union of Pensioners (NUP), has vowed to massively mobilise votes for any aspirant who was pensioner friendly, as having such persons in power would guarantee a sense of belonging, respect and improved welfare for its members.

Comrade Godwin Abumisi, said that pensioners were keenly and curiously watching the political space and the ongoing aggressive campaigns being embarked upon by the various aspirants vying for different positions under different political parties.

He said: “Certainly the pensioners shall pitch their tent with the Presidential/Gubernatorial aspirants who are committed and more disposed to their cause and plight by massively casting their votes for them in order to secure their tomorrow.

“We are still watching them and for the first time in Nigeria, we are going to make sure anybody who will not be disposed favourably to Pensioners in Nigeria is going to fail in the elections. A time has come when the politicians will stop taking us for granted.”

The NUP President however decries the “pathetic” plight and unfortunate living conditions of state pensioners, especially those in states where the governor’s were unwilling to pay their legitimate entitlements.

“Even though I salute many state Governor’s who are prompt in paying monthly pensions to our state pensioners, it is on records that majority of the state pensioners have not received a fine of their gratuity since retirement between 5 – 10 years.

“More worrisome, almost all the state Governor’s choose not to review the monthly pensions of their retirees as provided in section 173(3) and 210(3) of the 1999 constitution as amended.

“With all sense of respect and responsibikity I call on the state Governor’s as a matter of national emergency to immediately set up committee jointly with our state council’s across the country to work out modalities on how state Governor’s will liquidate all the outstanding entitlements that had accrued over the years.”