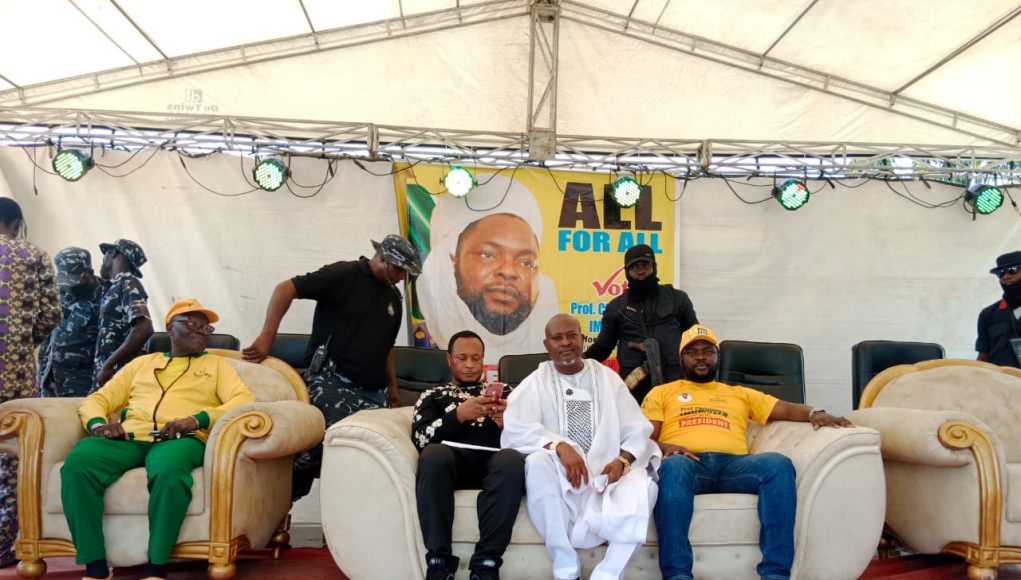 The presidential candidate of the Accord Party, Prof Chris Imumolen, on Saturday, promised to grant 40million Nigerian students scholarships if elected president in the 2023 general election.

The president, Imumolen who disclosed this during his declaration to run for the office of the president in Ogun State, said if elected, he will end unemployment, erratic power supply, as well as revive the nation’s dwindling economy.

According to the presidential candidate, he has come with hope for a country that is suffering from insecurity, unemployment, and economic woes, saying that he has also come to give hope to Nigerian students that have been at home due to strikes by Academic Staff Union of University (ASUU).

The presidential candidate said, “I am saying with confidence that all the 40 million Nigerian students that are at home due to ASUU and FG strike will be given scholarships. Students of University of Ibadan, University of Lagos, University of Abuja, among others will be captured. It doesn’t cost me anything because I own the University. I will access them online and anywhere they are they can access my education. I will give 40m Nigerians so that they won’t be at home.”

“Why will the government that is supposed to encourage us be the oppressor? We can do it, we can make it happen, Nigeria must prosper and any power that doesn’t want us to prosper shall die. Our glory must shine, our children’s glory must shine because we have only one life to live. We must live this country better and I say again, all the 40m students whose destiny has been placed on hold because of the lackadaisical attitude of our government will be given scholarships by one man.

“I am not saying it because I want to come and do it, I have been doing it and am not a candidate that will promise and go, everything I promise I have been doing. I am the only African whose name has been in the book of greatness and the reason is because I gave empowerment to over 6000 Nigerians privately,” he said.

Prof Imumolen, however, stated further that he brought hope that will restore the country to compete with its contemporaries in Africa and the world.

He said he will end banditry, kidnapping, unemployment, economic woes among other challenges facing the country presently.

“The voice that won’t let our children stay at home when their contemporaries abroad are in school. This voice will stop insecurity, we will all be able to sleep with our two eyes closed. The voice that will make us have scholarships and will pay students stipends while in school.

“This voice will create massive employment for everyone. We have seen many who have graduated from school and are jobless while others are frustrated to send their children to school because there is no hope after school. Many youths have taken to crime because they have lost hope in the entity called Nigeria but, this is the voice that will bring back that hope that has been lost,” he stated