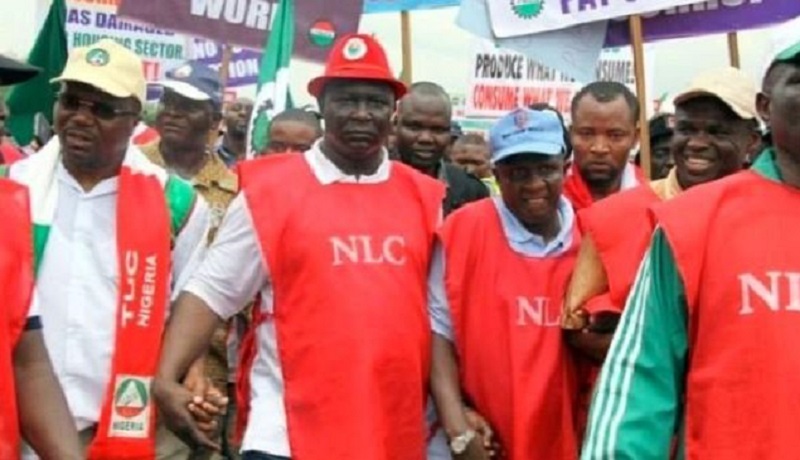 The Nigeria Labour Congress (NLC), has frowned at what it described as gross injustice against Nigerian students and the entire citizens by the current APC-led government .

The labour union regrated that the political class are busy with 2023 electioneering activities, while universities in the country are shut down indefinitely.

Meeting in Abuja on Wednesday 27 April, 2022, the Central Working Committee of NLC led by its President, Comrade Ayuba Wabba, said the meeting was in preparation to the May Day Commemoration on May 1st. The meeting further decried what it termed “injustice meted out on the Academic Staff Union of Universities (ASUU) and by extension the children of the underprivileged who attend public universities.

President of NLC, Ayuba Wabba who addressed a press conference before the Central Working Committee went into a closed-door session, lamented that government pays lip service to issues concerning education to the detriment of the masses.

He said, “We are facing a period of great injustice on the downtrodden of the society, children of the poor are at home but the children of the rich are going to school, we have written several communication to the government but no response till date, rather they are busy discussing politics.”

Recall that ASUU and the Federal Government have locked horns in a supremacy battle over the fate of Nigerian universities, while the institutions have remained shut for over two months.

While the issues in contention revolve around revitalization funds for Nigerian universities and shoddy implementation of the Integrated Personnel Payroll and Information System, IPPIS, there are also indications that the government may have started implementing the “no work no pay” policy against the university workers.

Wabba reminded the CWC members that unionists and workers all over the world have not had it rosy, especially with events that have continued to shape the world, Covid-19, and the Russia-Ukraine crisis.

His words, “I think it’s very clear we have not had it rosy, we just got out of COVID-19 but we have more serious challenges centred around education.

“As you all know, the children of the poor are at home while those of the rich are going to school. To date, we have communicated through recommendations to the government but no response.

“This is most disheartening because people in our generation benefited from free education from primary to tertiary level. This is not acceptable, instead of the politicians discussing these issues as a national emergency they are occupied with the 2023 elections.