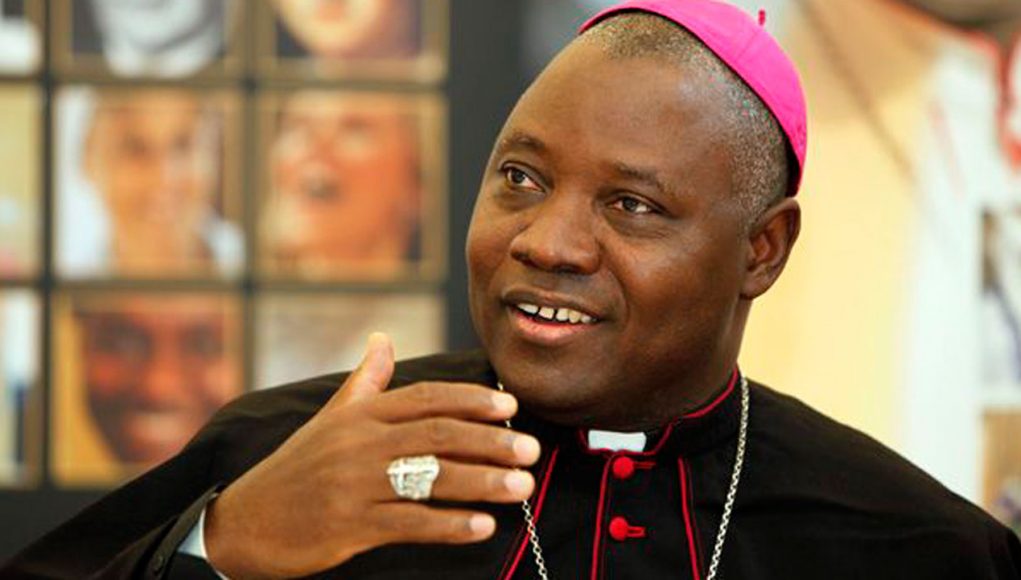 The Archbishop of Abuja Catholic Diocese, Ignatius Kaigama, has said not until the Nigerian government involve women in policy making, addressing insecurity kidnapping and other forms of  social vices in the country would continue to be a mirage

The Cleric in a Homily delivered on Sunday at Divine Mercy Pastoral Area, Karu in Abuja on the occasion of the Mother’s Day celebration in the Catholic faith, advised government to ensure active involvement of women in critical positions and in decision making processes.

He said: “We ask God to bless all mothers and make them channels of God’s grace to transform our society wounded and corrupted in many ways. As pillars of the home, mothers can positively influence their husbands and children to build a culture of peace, honest dialogue and harmony.

“It is impossible for government to fully address and combat social menaces such as insecurity, kidnapping, terrorism, banditry etc, without involving women in its policy-making strategies and implementation.

Archbishop Kaigama who further insisted that people living in the country should feel safe wherever they find themselves, however expressed worry over the lack of compassion and forgiveness being exhibited by perpetrators of violence in the country.

While noting that bad leadership was largely responsible for the challenges of insecurity and  poverty currently bedevilling the people, he however maintained that the sinful nature of man exhibited in various forms including corruption, immorality, murder, also have a role to play as such activities were more than enough to attract the wrath of God on Nigeria.

“The degree of violence visited on Nigerians recently in many parts of the country shows clearly the lack of compassion and forgiveness by the perpetrators of such violence.

“Nigerians are yelling, grumbling and complaining about the deteriorating situation of poverty and insecurity; they are very eager that university students should return to school, people should feel safe in their homes, markets, schools, public gatherings, in the airports, trains and highways.

“Preachers at any given opportunity condemn the lack lustre performance and the mismanagement of resources by government officials. Preachers must not however forget to urge individual Nigerians to an examination of conscience. The Pharisee in Luke 18:9-14 only saw the sins of the tax collector, not his own!

“While we agree that the hardships we are encountering are a result of the incompetence, insensitivity, and mismanagement by political leaders, we must not fail to be self critical; to flash the torch on our hearts to see the sins that the Bible says come from inside our hearts and defile and pollute us and our nation (cf. Mk 7:15).

“Today, the sense of sin is gradually being eroded. Sin is rationalized. Conscience seems to be dead. Or else, how do you explain that a student is failed because he/she does not offer a bribe; persons from the same tribe or clan kill each other; an official hides the file for your rights and privileges until you settle him!

“Others frustrate pension claims, some even though claiming to be religious over value contract sums and contractors who must pay their way do shabby jobs leading to the collapse of structures and unnecessary deaths? What about the taking of unborn lives in abortion; people cutting down food crops, killing animals, burning houses because of religious or ethnic hatred?

“What of immorality like adultery and fornication? What about officials who collect bribes at the road blocks, in the airports or in order to facilitate recruitment into security outfits and other agencies? Sin against neighbours are many: selling of palliatives, buying of votes, extorting money from students, denying rights to minority groups, etc.

“All these defile our country like in the days of Noah, Sodom and Gomorrah and Nineveh when the individual and collective sins of the people made God sad and angry?”

On these premise, Archbishop Kaigama urged Nigerians to first return back to God in repentance saying, “We must individually as Christians, Muslims and Traditional worshippers reject evil and repent to receive the mercy of God, even as we tackle government on corruption, insecurity and negligence in providing for the people.”