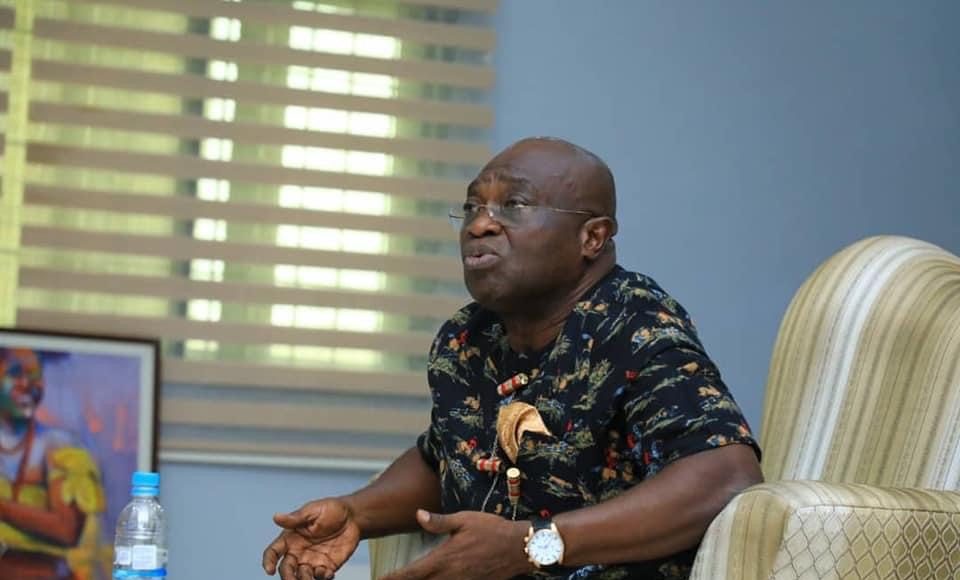 Governor Okezie Ikpeazu has assured that he will deal with all parts of the State fairly and justly as long as he remains Governor.

The Governor gave this assurance yesterday while receiving in audience a delegation of leaders of Isuikwuato Local Government Area who came to pay him a visit at his Country Home, Umuobiakwa, Obingwa LGA.

Governor Ikpeazu said that Isuikwuato LGA was a key part of the State and will receive its due from his administration.

He promised to look into their request for some road projects especially the completion of the ongoing Ukwunwangwu Isunabo Road.

On their request for Isuikwuato to produce the next Governor of the State based on the Abia Charter of Equity, Governor Ikpeazu told them that he is being guided by the provisions of the charter and the existence of an established pattern put in place by his predecessors in office but advised the people of Isuikwuato to align themselves properly and be strategic in their political choices so as to fully take advantage of the recognition of Isuikwuato District in the charter of equity.

Earlier in their separate speeches, the leader of the delegation, Senator Emma Nwaka, a former Commissioner on the State, Hon Obinna Ekekwe, the President of the Isuikwuato Development Union, Chief Osondu Onyedimara and one of the founding fathers of Abia State, Dr. OJ Onyike thanked the Governor for sustaining peace and security in the State and appealed to him to consider the extension of the Nunya Road to the major road at Ogboro, Amaokwe Amiyi.
They also asked the Governor to complete the Ogboro-Acha road and link it to Uturu to serve as a major link to Ebonyi State and as a major route for the evacuation of agricultural products from Acha.. They thanked the Governor for the ongoing Ukwunwangwu – Isunabo Road.

They also asked the Governor to ensure that the next Governor comes from Isuikwuato in line with the Abia Charter of Equity.

The Honorable Commissioner in charge of parastatals, Barrister Monday Ejiegbu and a veteran Broadcaster, Mr Frank Fyne was amongst prominent Isuikwuato indigenes who were part of the event.