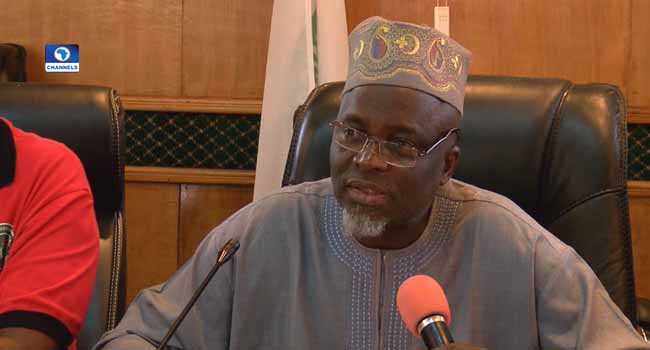 Registrar and Chief Executive Officer of the Joint Admissions and Matriculation Board (JAMB), Prof. Is-haq Oloyede, has expressed dismay over the probe initiated by the House of Representatives to look into th alleged imposition of multiple fees on candidates preparing to take the Unified Tertiary Matriculation Examination (UTME).

Oloyede who described the allegation as “baseless and lacking facts,” noted that it was a

calculated attempt to embarrass the Board and possibly derail it from its core mandate.

Recall that recently, the House of Representatives in its plenary session, took a resolution to probe JAMB over alleged imposition of multiple fees on candidates, following a motion raised by Honourable Sergius Ogun, PDP-Edo.

The House had listed charges on printing of JAMB result slip, N1000, printing of admission letter N1000, change of institution/course N2500 and retrieving of registration number N1000 as areas it intends to probe the Board.

Writing off the allegations while responding to questions on the level of preparations for the mock UTME slated for Saturday April 9th nationwide, the JAMB Registrar noted that he expected the lawmakers to be more factual in their allegations rather than peddling falsehood.

He said, “as regards the resolution of the House, I will not want to talk about it, we feel that the purpose was to discourage us, but we won’t be discouraged, I believe I should not talk about it until we are invited, its an allegation but we expected that an allegation to come from the House should be something solid and based on facts.

“So I am a bit disappointed that somebody could use absolute falsehood just to embarrass us, if it is the intention as we expect to discourage us from doing what we are doing, we will not be deterred, we expect Nigerians to know Nigerians to know when their representatives are doing what is right and what is not right, I can’t say more than that for now.”