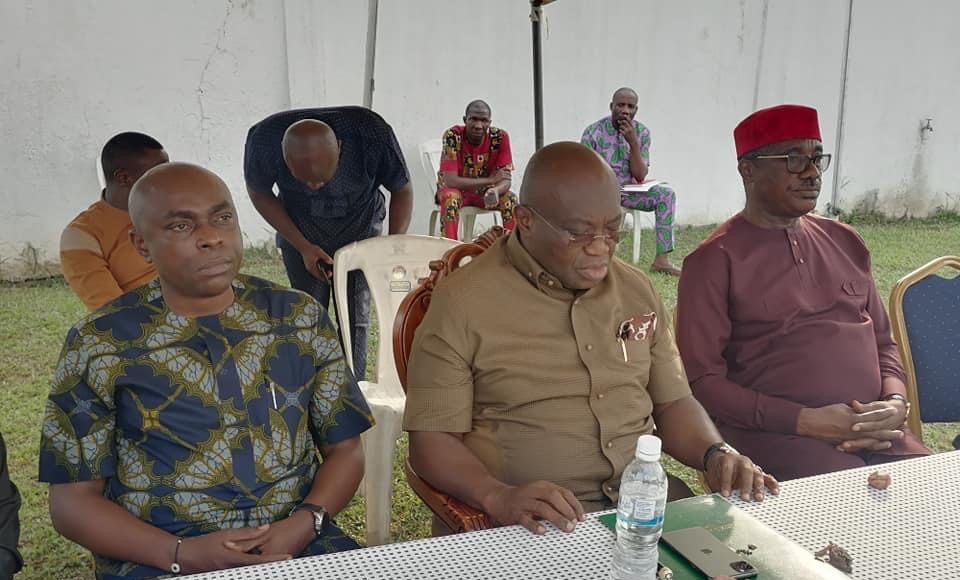 Governor Okezie Ikpeazu has charged stakeholders of the PDP in Arochukwu LGA to come together, sort out their differences for them to achieve progress and development.

The Governor stated this when he received a delegation of the stakeholders of the PDP in Arochukwu LGA at the Governor’s Lodge Aba who paid him a solidarity visit over the weekend.

Ikeazu further noted that Arochukwu is a key local government in the scheme of things in Abia and tasked them to take the issue of unity seriously, noting that unless the leaders of the party there do the needful, they won’t dredge up the required capacity to lead the party and her members to victory.

He assured them that his administration will look at availability of funds to return to site and complete some ongoing projects in the local government.

He thanked them for the visit and further assured them that he will continue to support every part of the State and will keep working for the people of Abia State till his last day in office. He used the opportunity to thank Arochukwu sons and daughters who work with him directly and those who hold top positions in his administration, describing them as trustworthy and very dedicated.

Earlier, the leader of the delegation and Zonal Chairman of the PDP in Abia North, Chief Ama Abraham thanked the Governor his numerous achievements in the State, especially in the area of infrastructural upgrade and SME development, which he said had benefited the people of Arochukwu who live in different parts of the State.
He specifically thanked the Governor for appointing two Arochukwu indigenes as Commissioners in the State Civil Service Commission and the State Local Government Service Commission simultaneously , noting that this is the first time such is happening in their council.

In his speech, the Member representing Arochukwu/Ohafia Federal Constituency at the House of Representatives, Hon Uko Nkole thanked the Governor for opportunity to rub minds with him on the challenges facing the party in Arochukwu and assured him of their resolve to surmount those challenges.

Also speaking, Senator Mao Ohuabunwa told the Governor that the issues that have affected them in previous elections have been sorted out and assured they their performance will be better going forward.
He requested that the Governor kindly revisits some projects in the area to improve the standard of life for the people. He also requested the Governor to appoint an indigene of Arochukwu LGA as a Permanent Secretary in the State Public Service.

The highpoint of the visit was the passing of a Vote of Confidence on the Governor by the Leaders of the PDP in Arochukwu LGA.

The Executive Chairman of the Local Government, Prince Dan Kalu gave the vote of thanks and assured the Governor that the party in the council was poised to change the narratives going forward.