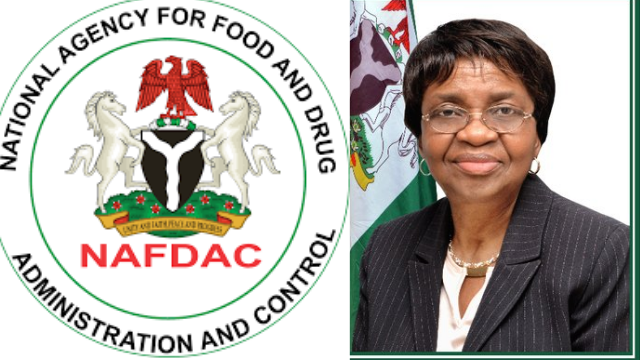 The Director General, National Agency for Food and Drug Administration and Control (NAFDAC),

Prof. Mojisola Adeyeye has said the price of obtaining certification as a level three regulatory Agency was fully meeting all 868 recommendations listed by the World Health Organization (WHO).

as a level three regulatory Agency makes it the third in Africa and one of the very few in the world, attributed the feat to years of hardwork, dedication and commitment while addressing newsmen on Wednesday in Abuja,

said all 868 recommendations listed by the

WHO were fully met before the Agency got the long awaited certification.

According to her, the certification was proof of the Agency’s improvement in line with global standards in the aspect of clinical trials, guidelines and procedures, regulatory inspection, laboratory listings, market control, and other regulatory

She said: “We started this journey in January 2018, five weeks after my resumption as NAFDAC Director General. It was a torturous, tasking and highly demanding journey, but I went through it with support of my Directors, governing council and other staff who made different kinds of sacrifices towards the realization of the goal.

“When we started, WHO listed 868 recommendations which we must meet before we get to maturity level three status. Initially, it sounded impossible, but my Directors stood by me all the way, in addition to many others who did all forms of sacrifices to ensure we achieve the feat.

“In June 2019, WHO officials visited NAFDAC headquarters in Abuja to commence the benchmarking process. Out of the 868 recommendations they listed, we were able to meet over 600 of them, and was left with 147 items which were the most difficult ones at that time.

“We started working at it. We organized town hall meetings and retreats for everyone involved along the chain. We made sure that NAFDAC is on quality system, and that helped us greatly to achieve the feat. In 2020, COVID-19 pandemic came and interrupted our programmes. It took a year out of our scheduled time.

“We met all the recommendations in October, 2021. In February, 2022, WHO officials returned for final inspection and were glad that all items we submitted and claimed to have was intact.

“That was when they told us that we are successful and had met the criteria for maturity level three regulatory Agency status. But they asked us not to announce it until we see the letter conveying the message. The much awaited letter came around 1am on Wednesday.”

Prof. Adeyeye further hinted that the next step was maturity level four which she said would bring greater opportunities for the pharmaceutical companies.

“We are building the vaccine laboratory in Oshodi, Lagos, which will be ready by the middle of the year or early third quarter. This success was because of the support we got from the government.”