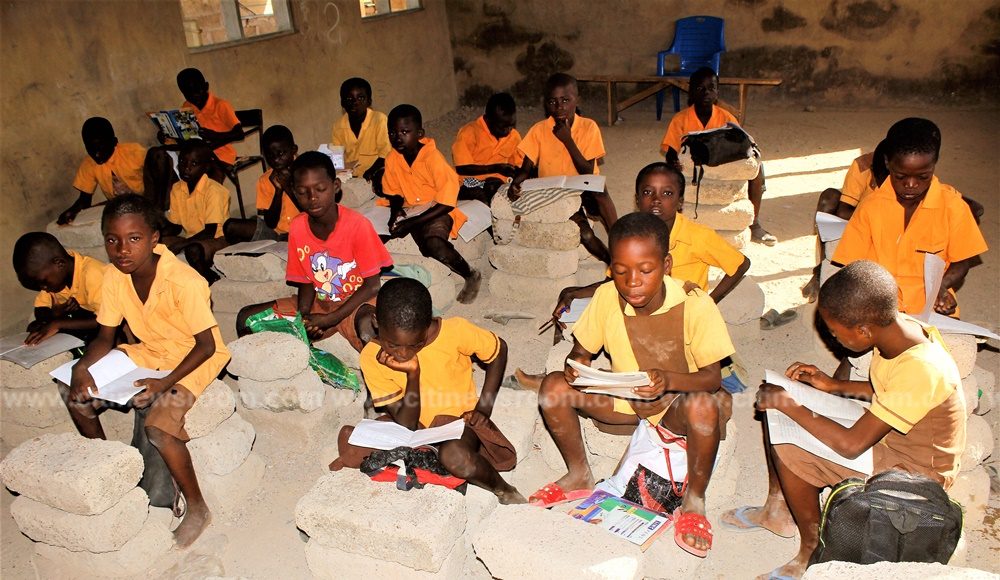 The Executive Secretary, Universal Basic Education Commission (UBEC), Hamid Bobboyi, has revealed that pupils in over 50 per cent of schools in Nigeria were forced to sit on the floor to take lessons due to lack of furniture.

Bobboyi made the disclosure at a one-day Civil Society Organisations CSO-Legislative Round Table Meeting Abuja on Tuesday in Abuja, which had in attendance, some National and State Houses of Assembly members.

Stressing the enormity of challenges in the basic education subsector, he appealed to the Executive and Legislative arms of government to consider a review of the consolidated revenue funds from the current two percent to four percent.

The UBEC Boss who explained that the increase had become necessary following emerging constraints in basic education delivery in the country, added that the security challenges in the country was fast expanding to schools and that the rising students population equally poses urgent need for teaching facilities.

He argued that “while the children of the rich who are merely 20 percent of the population can afford to garner resources for private schools, the less privileged constituting 80 percent are stuck with the public institutions.”

Furthermore, Bobboyi urged relevant civil society organisations, the media and other critical stakeholders not to shy away from rendering assistance to the government in bridging observed gaps in learning and teaching processes, especially at the basic school level.

Chairman, Senate Committee on Basic Education, represented by Senator Frank Ibiziem, decried the failure of States’ Universal Basic Education, SUBEBs, to sustain some UBEC- initiated projects such as Classroom Libraries earlier introduced by the commission in all constituencies in the country.

While commending UBEC over the construction of classrooms in schools across the country, he lamented the poor maintenance culture, noting that there is no school in the country that does not have a dilapidated block.

He called for a rapid response initiative to commence repairs of dilapidated schools and pledged Senate’s support for any move by the commission towards ensuring the provision of a good learning environment for students.

A representative of MacArthur Foundation, Mr Dayo Olaoye, called on stakeholders to review the impact of the country’s annual budget on education, stressing that it was not enough that the country is increasing its budget to the sector.

“As we think about reforms, let us think beyond buildings that have been delivered, let us start thinking about how many children have been brought to school,” he said.

He emphasized the need for accountability in the educational sector, noting that in addition to vertical accountability, there was need to entrench horizontal accountability whereby the office of the accountant general strengthens other accounting offices to ensure transparency in the sector.