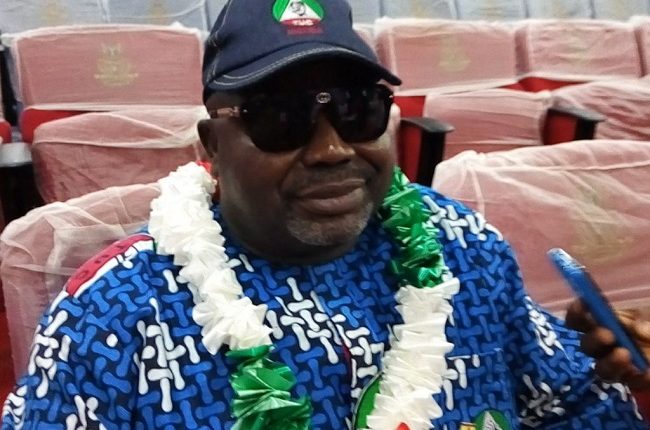 The worsening state of insecurity in Nigeria has stung the national leadership of the Trade Union Congress of Nigeria (TUC), as its General Secretary, Barrister Musa Lawal Ozigi, on Monday 28 March, 2022, lost his life to the perennial and dreadful attacks of bandits, this time on a 6pm scheduled train en route Abuja to Kaduna.

Though TUC has not confirm his death officially as at the time of filing this reports, a senior member of the Congress’ national leadership who spoke to our Reporter on anonymity, confirmed the news but blamed the attacks and the death of Ozigi on what he termed  “the denial and inactions of the All Progress Congress (APC) led Federal government on how terrible security situation in the is.”

He said that the party’s consistent denial and docile attitude towards the alarming rate of insecurity in Nigeria, is causing the death of parents, wives and children on a daily basis. He added that Nigeria is burying her young ones and best brains daily as a result of irresponsible and inactions of government.

He wondered; “How can a responsible government open its eyes and watch her citizens dying in hundreds in the hand of criminal elements. Dying a stone throw away from the governing headquarters of the country, yet those who suppose to take decisive action are busy politicking. How can such a government and the people in it look at themselves in the mirror and still have the gut to tell the citizens to vote for them again.

“The APC government is the worst Nigeria has ever had and they should cover their faces in shame. Nigerians can no longer go any where safely. It is also in search of safety that many Nigerians decide to use train for traveling. Now bandits have shown us that we are not safe at all in Nigeria.”

He went on to say; “We are very very traumatised. Those who are suppose to do something about the insecurity in the country are busy doing nothing. While the youth and the country beat brains are being wiped away.

“It is not the first time they (bandits) have attempted this attack on the train. This is the third time and this time they are successful.

“And from all indications it is a job of an insider, because information reaching us said that the bomb exploded from inside the train.

“The bandits and their suponsors are going to a new level now. Becauee if the road is not safe, the railway and the air are being attacked as well, are Nigerians not in a much worst terrible situation than the Ukrainians?

“With this, we are more strengthened now than ever to ensure that those in this government will not return to power to finish us.

“Nigerians should also open their eyes to check track record of this people their inaction worsened our country situation are not given any more chance to ruin us completely.”