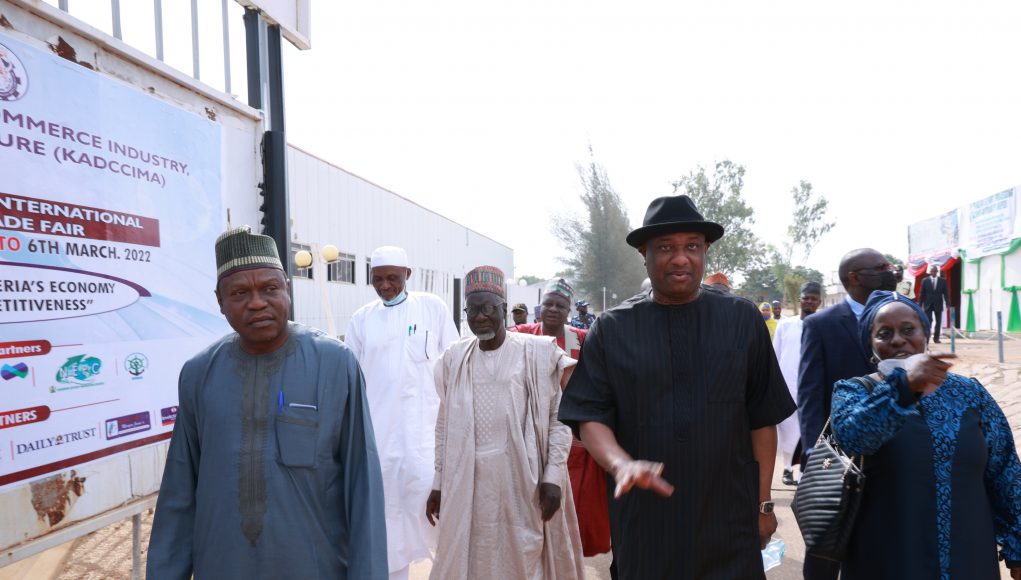 The National Directorate of Employment (NDE) has reiterated its commitment to crush the high rate of unemployment and the hideous consequences to the larger society through various sustainable job creation and empowerment programmes.

Reeling out some of its recent achievements, Director-General of the Directorate, Mallam Abubakar Nuhu Fikpo, at NDE’s Day at the just concluded Kaduna International Trade Fair, reassures of the Directorate of Employment’s unrelenting efforts to conquer the menace.

“In the last one year, has made significant impact in job creation and employment generation nationwide. Apart from the benefits of the recently concluded Extended Special Public Works (ESPW) programme which has positively affected over 800,000 families nationwide, the National Directorate of Employment (NDE) has consolidated on this gain by providing a number of exit strategies designed to ensure that the beneficiaries do not relapse into the labour market.” The DG, said

He went on to say; “Towards the end of year 2021, the Directorate was in Delta, Plateau and Bauchi States where well over 3000 youths and women groups were empowered and resettled with various starter packs to kick-start their businesses. We were also in Katsina State early this month for a similar exercise where 1000 people were empowered.  It is our desire to skill–up the entire country and empower all willing Nigerians to be self-employed.

“ Let me assure you that the NDE will continue to lay emphasis on entrepreneurship development. Our determination in this regard is founded on our conviction, just as the theme of this year affirms, that most developed nations of the world did not achieve economic prosperity because of the large corporations that exist therein, but through the small businesses in the informal sector that provide employment for the majority of the populace. It is for this reason that the NDE encourages the establishment of small businesses which have the potentials to end up as big entities.”

Also in his key note address, the Minister of State for Labour and Employment, who is also Chairman of the NDE Board, and its Supervising Minister, Festus Keyamo SAN, said; “ I am aware that the NDE has trained and empowered thousands of Nigerian Youths and women across the country and produced blue collar jobs. I have witnessed various NDE programmes under which young men and women were exposed to entrepreneurial and skill acquisition opportunities designed to equip them with critical skills required to successfully set up and run private enterprises to stimulate the economy.

“Just Last Month, we were in Katsina State where One Thousand (1000) trained youths and women groups were resettled with various kits to kick-start their businesses.  Similar exercise has taken place in Delta, Plateau, Bauchi and few other states. I want to use this medium to assure you that the NDE empowerment exercise will take place nationwide.

“The administration of President Mohammadu Buhari, through many innovative policies is committed to the transformation of every facet of our national life. The vigorous pursuit of the agricultural value chain, the transformation agenda in the Micro and Small Scale Industries and provision of marketable skills set as paraded by the NDE are all relevant to the determination towards bailing out 100 million people out of poverty in the next ten years. These numerous initiatives of the Federal Government are not only commendable but require the support of all Nigerians.

“It is incontrovertible that the present administration has scored very high mark in the provision of jobs and infrastructures for the betterment and well-being of all individuals of this country. We will do more. I hereby urge every true Nigerian to be positive and support the administration of President Mohammadu Buhari to forge ahead in the task of building a prosperous country in which Equity, Justice and Freedom will prevailirrespective of religion, cultural and political differences.”