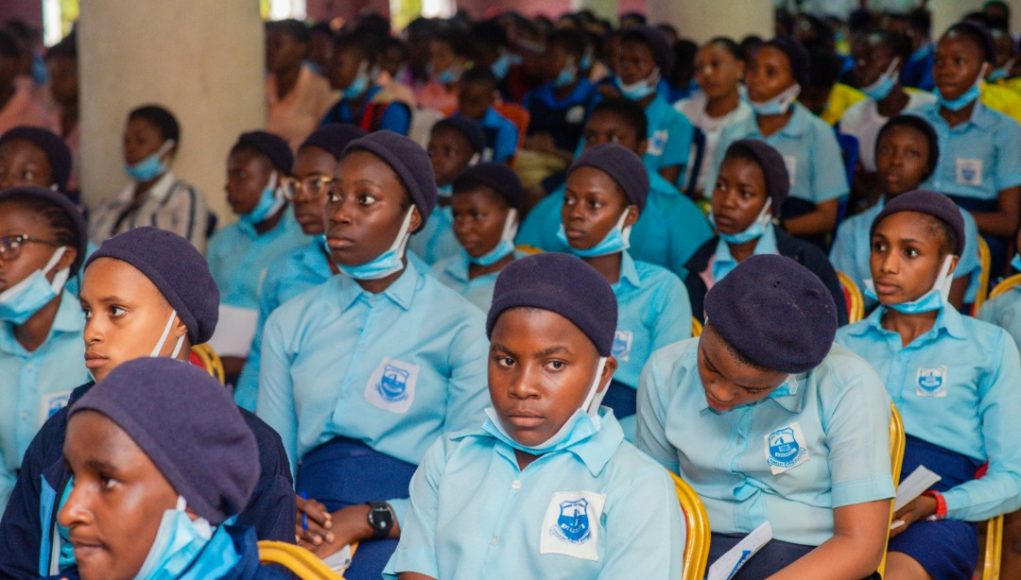 The first lady of Abia State, Mrs Nkechi Ikpeazu, has stressed the importance of Information and Communication Technology (ICT) in promotion of gender equality.

Mrs Ikpeazu, said this on Friday 4 March, 2022, at a Girls’ summit tagged “Hey Girls Can We Talk”, organised by Protect the Precious Foundation, a nongovernmental organisation(NGO),  in Umuahia, Abia State.

Represented by the wife of the deputy Governor, Mrs Vivian Oko, Mrs Ikpeazu noted that educating the girl child in ICT is key to breaking gender stereotypes in the society.

According to her, “ICT  remains a  great enabler for the empowerment of the giichild for sustainable development.”

She added that an educated girl child would grow into a better informed woman that would make progressive contributions to achievement of gender equality.

She called on stakeholders to make concerted efforts to ensure that young girls travelling in wrong trajectory would be encouraged to retrace their steps back to the right direction.

Furthermore, she stated that she was working on introducing a mentorship programme for the boy child, adding that this was focused on achieving an all round success in the gender equality campaign.

Earlier in her remarks, Miss Norah Okafor, the Lead Person of the NGO, said that the event was organised to create a safe space for young girls to express themselves and receive help from practical solutions to their challenges.

Okafor said that she was passionate about promoting the cause of the girl child, especially in the area of equipping them with the right information that would enable them to explore their potential.

” We have come to talk about what we can do to become  better  and make a positive impact on the society through understanding our gifts and talents, ” she added.

Also, Mrs Onyinyechi Mamah, the Chairperson of Enugu state Gender-based Violence (GBV) Committee, said that said that the right knowledge about gender equality must be controlled from the family.

Mamah said that “gender stereotypes seen in the society stems from the family as the female gender is made to consciously and subconsciously imbibe as well as accept  the stereotypes.”

She said that there was need to educate  the girl child that the female gender was as relevant as the male gender in order to break the norm of gender stereotypes.

On her part, Miss Onyinyechi Nwosu, the Executive Director of Vivacious Development Initiative, an NGO, urged the girl child to engage in activities that would build her into a bold and confident woman.

Nwosu said that it was pertinent for the girl child to develope self esteem and self respect and urged the girl child not hesitate in speaking out about  any form of abuse they encounter.

Also, in her remarks, Dr Ifeoma Kalu, a medical practitioner, urged the girl child to be assertive and not aggressive, adding that it remains a potent measure for tackling emotional abuse.

Kalu said that the manifestations of emotional abuse include intimidation, rejection, belittling or humiliation of the victim by the abuser.

She said that the effects of emotional abuse could be either  long or short term, and added that the best way to deal with it was to speak out about the abuse, self care  and seek help from professionals.

Mr Ikenna Ogbudimkpa, the Executive Director of Vision Alive Foundation, who also addressed participants at the event, stated that the fight for gender equality was not peculiar to Nigeria alone and added that it had remained a global hot topic.

Ogbudimkpa said that gender bias could be broken through encouraging the girl child to build capacity and self esteem for the role she aspires to take.

The event featured lecture presentations, question and answer sessions, presentation of computer sets to visually impaired students and distribution of over 1,000 packets of sanitary pads.