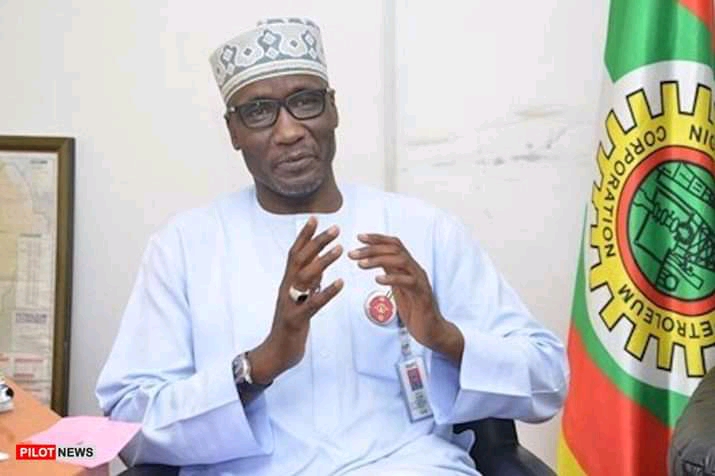 Citizens Awareness Against Corruption and Social Vices Initiative (CAACASVI), a corruption watchdog has issued a 7-day ultimatum to the Group Managing Director of the Nigerian National Petroleum Corporation, NNPC, Mele Kolo Kyari, tasking him to address the persistent fuel crisis bedeviling the country.

The group warned that it would mobilize Nigerian youths en masse to demand that President Muhammadu Buhari, sack the NNPC GMD if he fails to address the crisis that has brought untold hardship to many Nigerians.

Stated in a press release signed by Olumuyiwa Onlede, CAACASVI Executive Director in Abuja on Thursday and made available to journalists, the statement in full said: “close to two months now Nigerians are being taken aback to the era of military dictatorship where the most productive hours of their day is spent in filling stations just in a bid to get fuel for their vehicles.

“According to you, the crisis was created due to importation of adulterated fuel into the country by some marketers which they denied but as far as we are concerned NNPC limited is the major stakeholder in the energy chain and whatever argument being pushed forward by you does not hold water as it is obvious that some actions and inactions of NNPC limited is ultimately the reason and why bad fuel found its way into the country under your nose and someone must take responsibility and our conclusion due to the sampled opinion of Nigerians is that NNPC limited is complicit.

“On the 16th of February 2022, you appeared before the House of Representatives Committee on Petroleum and as the head of the company you gave an assurance that the long queues will varnish within a week, but three weeks down the line the situation is no better. So therefore you must take responsibility of all the actions and intentional act of sabotage in the petrol supply chain both in the NNPC limited and her vendors, haven caused Nigerians pains and damages to their vehicles without plan of compensation from any quarter even the aviation sector is not spared by the scarcity.

“Our investigation in all 36 states of the federation and the FCT revealed that about 40% of security vehicles especially that of the police are at every point in time queuing in the few filling stations dispensing fuel thereby unable to perform their duty due to unavailability of fuel. This scenario drastically increased the rate of small crimes by 20% nationwide and this is as a result of negligence on the part of NNPC limited that failed to think outside the box by making special arrangement for security vehicles to get fuel without waste of time in NNPC retail outlets nationwide.

“Sir, maybe we should remind you that your principal, President Muhammadu Buhari GCFR will not for you or any other reason change his love for the masses as we all know that his immediate constituency is the masses, the poor and the vulnerable whom he promised to alleviate their suffering when elected. Today most appointee of the President have caused more enmity between the President and the said masses, even the President at a fora was forced to lament that so many trusted appointees and allies have disappointed him beyond imagination.Sir, according to UN charter, the Civil Society has the right to demand for due process, improved performance and good governance from public office holders if those demand will translate to the betterment of the life of the people and that is what democracy is all about.

“NNPC Limited is a new company that is evolving and so it is not in the best interest of the company and Nigeria to start on this note. This is why we will leave no stone unturned in appealing to sensibility of traditional institutions and Nigerians as a whole to support our mission to see a total overhaul of NNPC Limited so as to position the company for optimum performance. We do not believe that the crop of old hands that we have in the company right now can deliver the desired change as envisaged by the President and Nigerians.

“So our resolution is to give you a seven (7) days ultimatum after which if the fuel queue failed to disappears nationwide we will be left with no option than to make the president see reasons why he must wield the big stick by relieving you of your appointment so as to give way for a more business oriented person to take over the affairs of NNPC Limited as Group Managing Director.

“For us in CAACASVI we do not believe in your capacity or capability to change the current crisis situation and as such we will mobilise Nigerians in towns and even villages across the country to demand a change of guard in NNPC limited because you failed in your promise to alleviate the sufferings of Nigerians, so therefore the time for us to awaken the consciousness of Nigerians to do the needful by bringing to the notice of the President your managerial incapability to lead NNPC limited.”