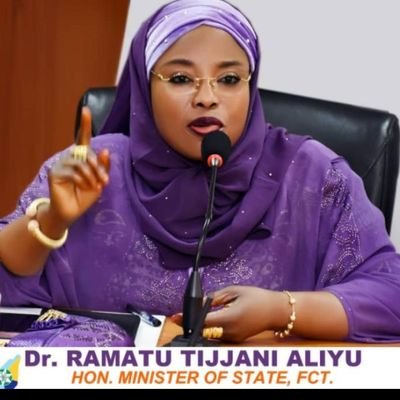 Abuja is the capital city of Nigeria and one of the eight most populous cities in the country.

Located in the center of Nigeria, the Federal Capital Territory (FCT), Abuja, is a city built in the 1980s based on a Masterplan by a Japanese architect, Kenzo Tange.

Abuja replaced Lagos, Nigeria’s most populous city as the capital on Dec. 12, 1991.

Though development of the city is still in progress after more than three decades, the indigenous communities and the city’s poor believe that Abuja was designed for only the rich, insisting that the masterplan has no place for the masses.

Some low income earners describe Abuja as a rich man’s capital with no consideration for the poor who provide services for the affluent.

They have constantly accused the authorities of failure to provide social amenities or basic infrastructure in the satellite towns.

This class of people also argue that the creation of illegal settlements and influx into the city, which usually leads to the distortion of the masterplan, is as a result of neglect by the authorities to place some priority on satellite towns.

In some cases, they even occupy construction sites, for easy access to social amenities which are only working in the city center.

This frequent violation of the masterplan by illegal occupants usually results in waste of resources by both the citizens and the authorities because the demolition of illegal settlements in order to restore sanity, is depleting the meager resources in government treasury that would have been channelled to other urgent needs.

This was the real story of
Abuja prior to the appointment of Dr Ramatu Tijja Aliyu as the Honourable Minister of State FCT, by President Muhammadu Buhari.

On assuming office on Aug. 21, 2019, Aliyu hit the ground running with the aim of providing solutions, especially in the area of giving priority to infrastructure in order to decongest the city center by making it less attractive.

It may interest readers to know that though the minister hails from Lokoja, Kogi State, she was born in Abuja and have been a residents since birth in 1970.

She’s familiar with the challenges and many pains of Abuja residents, especially
the indigenous communities and the satellite towns dwellers.

As a professional urban planner, Aliyu is passionate about the development of the town and well equipped with the skills required to oversee the affairs of FCT Abuja successfully.

She left no stone on turned when she embarked on aggressive development of satellite towns by providing basic infrastructure through the Satellite Town Development Department (STDD), of the FCT Administration (FCTA), a unit under her office.

Aliyu no doubt understands the cultural diversity of Abuja, and so is always in the forefront of bringing succour to the less privilege and uniting all ethnic groups for harmonious living, which earned her the traditional title of Maman palliative (Mother of palliative ), by the locals.

She also understood and recognised the importance of local governments as the catalyst for grassroot and rural development in Nigeria, and so worked very hard to secure approval for the upward review of the Area Councils’ monthly subvention from N100million to N350million.

”’The honourable minister, through the STDD, is doing so much in the rural communities that a lot of people are not even aware of.

”So far more than 150 projects ranging from construction of roads, drainage, installation of street lights and safe water, are spread across the six area councils of the FCT, 13 of these projects have been successfully executed and completed 100 per cent,” an official of the FCTA said.

From the foregoing there is no doubt that Dr Ramatu Tijjani Aliyu has demonstrated the capacity to deliver on her mandate in FCT and should therefore, be encouraged to do more.