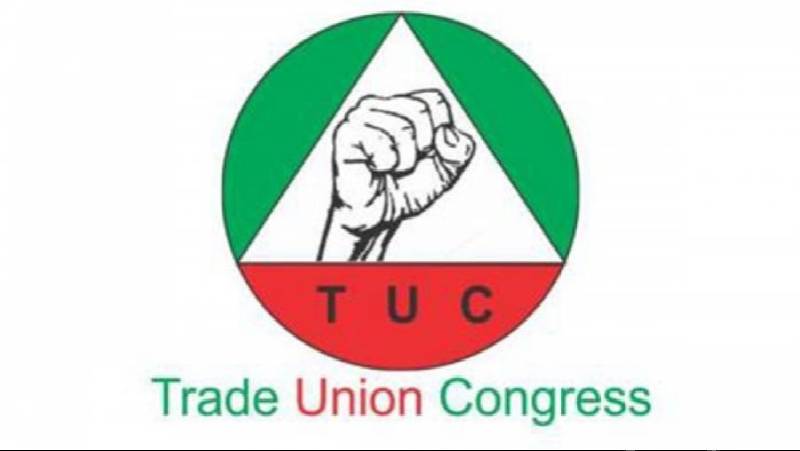 The Trade Union Congress of Nigeria (TUC)  has expressed its unflinching interest 2023 general elections, even as it went on to reveal it plans to commence political engagements with the labour veteran community in a few days time.

The Congress also reacted to the scarcity of Premium Motor Spirit (PMS), and blames poor handling of the situation by the Federal government, as while the situation has worsening.

TUC went on to expressed doubt at the reasons given by government for the return of long queues at petrol stations.

Speaking at a press conference in Abuja, President of TUC, Quadri Olaleye, said the current travails and pains Nigerians are experiencing occasioned by policies of government at various levels, was the main reason the Congress decided to play an active role in the 2023 General Elections.

On the growing scarcity of fuel in the country, Olaleye said that TUC is presently monitoring the situation including the actions and policy decisions of government, adding at the appropriate time will respond.

“We are watching the unfolding scenario and we will respond at the right time. They are playing games with the Nigerian people,” he said.

He also listed some of the challenges to include: “abuse and neglect of the country’s human and natural resources, threatening unemployment, insecurity, almost N40 trillion debt, devaluation of the naira, subsidy saga”.

Furthermore, he added that the purpose of the briefing is to inform Nigerians and all genuine progressives of the determination of labour movement to engage and  help chat a new course for Nigeria.

“We are at a critical time in this country and the silence of the organized labour can no longer be said to be golden. If we miss it at this time, the damage will be too grave to bear.

“To this effect, the Congress at its National Executive Council (NEC) in Asaba, the Delta State capital early last year constituted a Political Commission whose core responsibility is to provide a platform for workers to canvass for good governance, economic and social justice in Nigeria.

“A comprehensive Political Education Programme to achieve the mandate has been designed and we are assiduously working towards that,” he said.

He added that TUC plans to commence a process of organising and mobilising workers and like-mind political actors for political alternative to leadership problem in Nigeria.

Also, he hinted that the roundtable is intended to provide a platform for active political engagement of workers, retirees and veterans in trade union movement.

“To broaden the conversation on the need to change the leadership recruitment process in Nigeria through ensuring that credible leaders with great potentials emerge to lead at various level.

“To strengthen the democratic process and promote social democracy. To generate continuous conversations on free, fair, and credible electoral process and good governance in Nigeria.” His words.

While he noted that lack of active participation of organised labour in Nigerian politics has continued to generate a lot of concern amongst trade unionists, scholars, political class, opinion leaders and other commentators, he stated that Organised Labour has not successfully tapped into the opportunity provided in a liberal democracy which emphasizes grassroots participation and negotiation of interest.

He then said that the dividing line between economics and governance is very indistinct and the rationality which propels state’s constant interference in labour matters equally dictates the need for trade unions to take active interest in politics. Olaleye said unlike what obtained before, Labour is coming from a different angle and has go ahead to develop an alternative way of running government in the country.

“This time around we are coming in full force.To start with, what we lack is political education but some of us have acquired political education over the years and we are going to use them in our various engagements.”
Responding to questions from journalists, he said that all organs of the TUC have approved the new political direction.

“As a key and leading actor in the struggle for democracy during the military rule, organised labour and other pro-labour social movements are better equipped through engagement with other genuine change seeking Nigerians to provide the political and leadership alternative the Nigeria masses deserve for transformative governance.

“The organised Labour is capable of enthroning Social Democracy in Nigeria. We can bring governance closer to the people. It has become glaring that constant labour agitations either in form of street protest or strike action cannot guarantee decent work, good governance and social justice in a political environment that is self-serving and insensitive to the plight of the workers and citizens in general.”