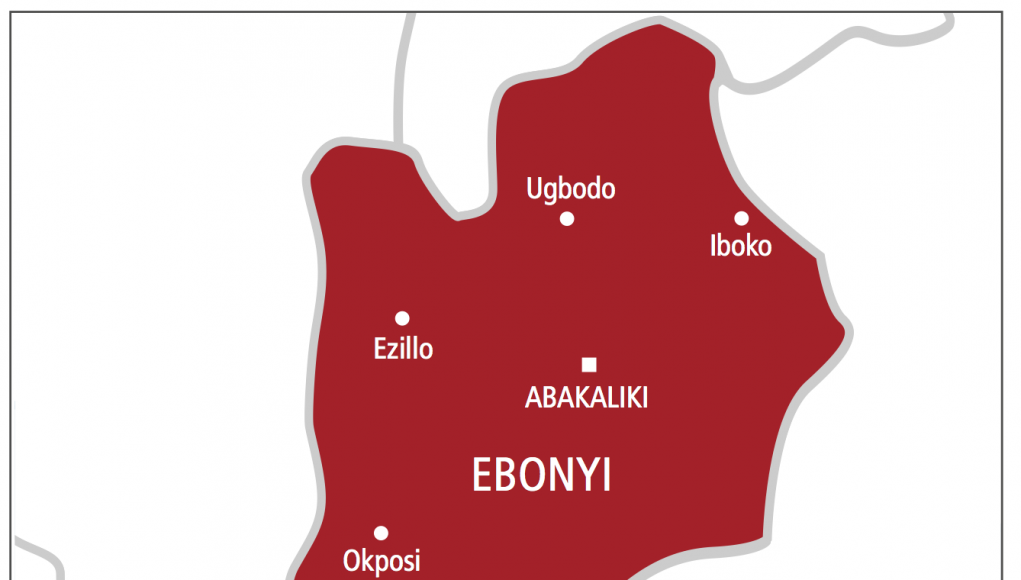 The Speaker of the Ebonyi State House of Assembly, Francis Nwifuru and sixteen other lawmakers have challenged the hearing of their defection suit before the Federal High Court in Abuja.

Last November, Mr Nwifuru and his colleagues defected from the Peoples Democratic Party (PDP) alongside the Ebonyi State governor, David Umahi to the All Progressives Congress (APC).

Their action prompted a lawsuit by the PDP; urging the presiding judge, Inyang Ekwo, to declare the lawmakers’ seat vacant on account of alleged violation of Nigeria’s constitutional provision that forbids defection without justifiable reasons.

Mr Umahi had attributed his defection to the “injustice” done by the PDP to the South-eastern region of the country.

In an originating summons marked FHC/ABJ/CS/920/2021, the PDP is praying the court to make a declaration that by defecting from the party on which the speaker and his colleagues were sponsored and elected as members of the Ebonyi State House of Assembly, they have resigned or deemed to have resigned from office.

But, in their preliminary objection, the lawmakers through their lawyer, Chukwuma-Machukwu Ume, contested the jurisdiction of the court to hear the matter.

Mr Ume, a Senior Advocate of Nigeria (SAN), argued that since the defendants comprising the lawmakers and the APC as well as the Independent Electoral Commission (INEC) “are desirous of this suit being transferred to the Federal High Court” in Abakiliki, Ebonyi State on the ground that “all the parties either work or reside” in the state.

“The hearing of this suit in Abuja will cause great inconvenience as well as occasion great financial loss to the defendants,” Mr Ume had argued in court papers filed on January 26, 2022.

Mr Ume further contended that, ” By virtue of Order 2 Rule 1(3) of the Federal High Court (civil procedure) Rules 2019, a suit should be commenced and determined in the judicial division in which the defendant resides or carries on substantial part of his business or in which the cause of action arose.”

In an affidavit in support of the motion on notice, questioning the court’s jurisdiction in Abuja to hear and determine the suit, Joseph Ekumankama, a commissioner in Ebonyi State said the defendants had filed several requests seeking the transfer of the suit to Abakiliki division of the Federal High Court, but to no avail.

Mr Ekumankama referenced the January 19 proceedings of the presiding judge, Inyang Ekwo, where he “lumped the hearing, determination of the applicants’ motion on notice and other all their other applications questioning the various aspects of the jurisdiction of the Hon Court in this suit with the hearing of the main suit and thereafter adjourned all to the same day of 8th March, 2022 for the delivering of rulings and judgement on the merit or otherwise of the plaintiff’s suit.”

He argued further that the defendants applications touch on both the “territorial, cause of action and constitutional jurisdiction of the court.”

Also, the deponent recalled the filing of a similar suit by the PDP and one Fred Udeogu on July 26, 2021, in which the challenged the defendants’ defection to the APC.

“The cumulative effect of the refusal and failure to have transferred this suit as was done in the plaintiff’s earlier suit no: FHC/ABJ/CS/729/2021, is an act of discrimination,” Mr Ekumankama lamented.

In the Affidavit dated January 25, 2022, the Ebonyi State Commissioner, noted that “these (sic) founded lack of confidence” by the defendants in “this proceeding is certainly vitiating this Hon Court of its inherent and absolute authority jurisdiction over the 2nd to 20th defendants/applicants.”

Mr Ekumankama pointed out that it would “occasion a miscarriage of Justice for the court to determine the issue of transfer of this suit as well as the judgement on the merit or otherwise of the suit simultaneously instead the ruling should be on a different day well separated from the day for commencement of the trial of the main suit.”

Governor’s removal can only be pursued through at state level

Similarly, the defendants’ lead counsel argued that Mr Umahi was sworn-in by the Ebonyi State Cheif Judge and not by the Chief Judge of the Federal High Court, therefore, his removal from office can only be pursued through the State House of Assembly and the State High Court.

Mr Umahi and his deputy had approached the Court of Appeal in Abuja, seeking interpretation of some constitutional issues arising from the suit filed by the PDP.

The applicants in their motion had urged the appellate court to restore the powers of state high courts as the only courts clothed with the exclusive jurisdiction to hear and determine the question as to whether the term of office of a member of the house of assembly of a state, a governor or deputy governor has ceased or become vacant.