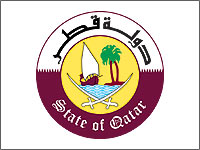 Efforts of the international stakeholders in the fight against unfair labour practices, particularly in regards to migrant workers in the gulf region have gained more success the State of Qatar expressed its willingness to continue reform it’s Kafala recruitment system.

According to the International Labour Organisation (ILO) news report, the Qatari Government is taking a step forward on the significant reforms undertaken in the first phase of the technical cooperation programme, and a series of exchanges with other national and international partners.

The report further said the second phase of the technical cooperation programme seeks to consolidate the significant achievements of the first phase. In addition, new areas for cooperation have been identified, including active and inclusive labour market policies that contribute to a more competitive and knowledge-based economy.

The report titled “Progress report on the technical cooperation programme between the Government of Qatar and the ILO” underlines the genuine and transparent openness of the Qatari State as it granted the ILO no-limitation access and collaborative participation in the reform process.

The report noted that on access to justice for migrant workers, in 2021, the Qatar Government established an online platform for workers, including domestic workers, to submit complaints online.

The report stated that, “For the first time anonymous whistle- blower complaints can also be submitted to the Ministry, including for multiple workers. The ILO and civil society organizations have provided feedback on the platform. Between October 2020 and October 2021, MADLSA received over 24,650 complainants – both online and in person. Nearly 75 per cent of these complaints were settled, 24 per cent were sent to the Dispute Settlement Committees, and less than one per cent are still under review.”

According to him, “It is encouraging to see, through the report, the genuine and transparent openness of the Qatari State as it granted the ILO no-limitation access and collaborative participation in the reform process. No doubt, migrant workers will continue to enjoy the gains of this reform process, which started in 2017.

“So far, the exit permit required by migrants to be obtained from their employers or sponsors has been removed.

“Also, migrant workers are no longer required to obtain permission from their employers before changing jobs, employers, or location.

“We also continue to observe that sponsor of employers, in law and practice no longer withhold or confiscate the passports of migrant workers. Further, Qatar has reformed Occupational Health and Safety regulations and practices in the country as measures to keep accidents at workplaces and sites low.

“The country also introduced a new national minimum wage last year. To ensure full and effective compliance, penalties for infractions by employers have been introduced. A steady inspection regime has led to the sanctioning of several erring employers and companies, thus driving assisting in the application and enforcement of these reforms.

African migrants are excited by the changes, especially those who have been victims of exploitation and abuse in the recruitment process to Qatar. Most of these migrants complained that the terms and conditions of their contracts were different when they signed them in their origin countries and what they found on getting to Qatar. To stem this, Qatar introduced a central contract signing arrangement. This way, once a contract is signed in the original location of the migrant, the contract is immediately transmitted to Qatar and the relevant agency will follow up. This practice is worth emulating by other governments of countries of destination”.

It would recalled that at a recent meeting of the African trade Union Migration Network (ATUMNET), which took place in Dakar, Senegal,  the group lauded the efforts of Qatar and expressed readiness to continue to support the country to further the reform agenda.

The group noted that it will always side with genuine efforts to improve law and practices to make labour migration governance fair, just, and progressive.

It expressed its readiness to campaign against the Kafala system in these countries and others including taking them before the relevant UN agencies and the International public opinion spaces.