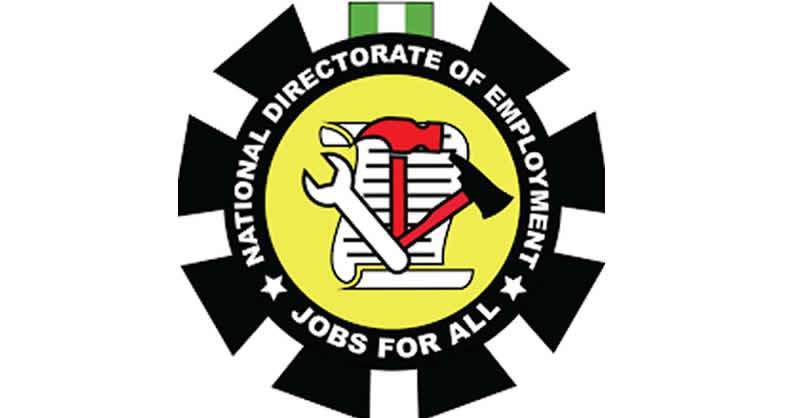 The National Directorate of Employment (NDE) on Monday 13 December, 2021, in Delta State kickstart a new job creation empowerment skill training programme. The Minister of State for Labour and Employment, Mr Festus Keyamo SAN, who declared open the programme event noted that the new empowerment programme is targettrd at unskilled and unemployed persons across the country.

NDE, the piloting agency of the Federal Government on job creation in a press statement made available to journalists in Abuja stated that the programmes will include skills training and empowerment in the Vocational, Agricultural and Entrepreneurial sectors and in Public Works sector.

Earlier, the State Labour Minister said the 36 states and the Federal Capital Territory will witness a flurry of activities in mass employment creation as a result of the programme, saying that the employment landscape in Nigeria will no doubt be positively impacted by this development.

He said the Federal Government under the charge of President Muhammadu Buhari is not about to relent on its commitment to lifting One Hundred Million persons out of poverty.

He said, “Let me assure Nigerians of Mr. President’s deep commitment to the actualization of this great dream. I wish to also state that plans are under way to implement the ESPW within the 2022 budget year which means that at least, another Seven Hundred and Seventy-Seven Thousand unemployed persons will be assisted. Who says then, that One Hundred Million persons cannot exit poverty sooner than envisaged?”
He explained that in Delta State alone, Six Hundred and Eighty-Four persons are benefiting from either skills training or soft loan empowerment under the four-core programmes of the NDE.

He said, “Critics of the programme had posited that the sum of Sixty Thousand Naira, paid to the participants as stipends was too small. They also argued that three months was too short a time to engage unemployed persons. Beyond the immediate succor the money provided to the beneficiaries and their immediate families, the NDE provided various forms of business training and preparation in the form of exit plans from the programme.

“I am glad to say that as little as Sixty Thousand Naira may appear to some persons, a good number of the participants have become owners of micro businesses due to the well-structured exit plans implemented by the Federal Government through the NDE.”

In his welcome address earlier, NDE director general, Mallam Abubakar Nuhu Fikpo said the flagging-off of  the training programme marks yet another significant step in the quest to reduce mass unemployment in Nigeria to tolerable levels.

He said the training and empowerment initiatives designed to provide skills and other enablement to the unskilled and unemployed in Nigeria as well as the disbursement of soft loans to beneficiaries of the various training schemes is intended to launch them into the world of business which will empower them to become employers of labour.

He said, “Equally, within the framework of the Small-Scale Enterprises Programme, we will be delivering entrepreneurship skills training, in various income generating trades especially to women as well as soft loans to Three Hundred and Fifty-Six persons to run small and micro enterprises.

“On the other hand, One Hundred and Ninety persons are benefitting from the Vocational Skills Development Programme of the NDE in Delta State. Training opportunities that are demand-driven under our Basic National Open Apprenticeship Scheme (B-NOAS), School-On-Wheels (SOW), Community Based Training Scheme (CBTS) and Resettlement of graduated trainees have been put in place.”