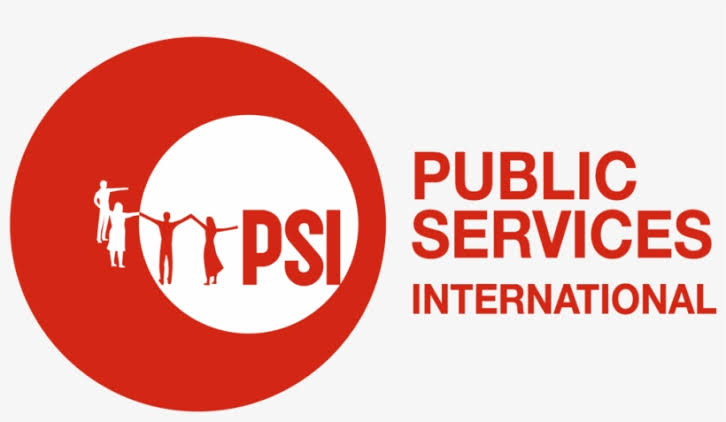 Stakeholders in the humanitarian sector, have said Internally Displaced Persons (IDPs) in Nigeria still lack access to basic facilities such as healthcare, water sanitation and education despite the availability of various government policies.

The stakeholders therefore urged government at both federal and state level to move from policy formulation to taking concerted action in the provision of durable solutions to the plight of Internally Displaced Persons (IDPs) in the country.

The call was made during a Stakeholders Summit on IDPs in Nigeria with the theme: “Upholding the Human Rights of IDPs in Nigeria; from Policy to action”.

The summit which was organised by Public Services International’s National Coordinating Council (PSI-NCC) also called for IDPs to be given the opportunity to safely return and reintegrate into their communities.

The PSI is the global union federation for workers in public services representing 30 million workers in 167 countries.

In her key note address, Imaan Laiman-Ibrahim, the Honourable Federal Commissioner, National Commission for Migrants Refugees Internally Displaced Persons (NCFRMI) said the estimated number of IDPs in Nigeria, as a result of armed conflict, has risen to about 2.9 million, as at August, 2021.

She also explained that about 10.6 million Nigerians require humanitarian support, particularly communities around the Lake Chad Basin area because of the conflict in the North East region.

The Honourable Commissioner disclosed that her agency is poised to launch, very soon, in phases, some Projects that possess credible promise of ensuring the provision of sustainable and durable solutions to IDPs.

She applauded PSI for what she described as the good works it has been carrying out in Borno and Yobe States, through its various affiliates in Nigeria, in supporting the defence of the rights and privileges of IDPs to quality health and social services.

She said, “I also note with deep appreciation the positive contributions of the PSI in escalating the national advocacy for the domestication of the African Union Convention for the Protection and Assistance of Internally Displaced Persons in Africa, otherwise called the Kampala Convention.

“This Summit, aptly tagged ‘Upholding the Human Rights of IDPs in Nigeria: from Policy to action’ could not have come at a more auspicious time. It is happening right on the heels of the recent approval of the National Policy for IDPs, which was done in September 2021 by the highest executive approving authority in the land: the Federal Executive Council.

“This summit is germane to the extent that it serves as a wake-up call to all of us in the humanitarian firmament as it pertains to the welfare of the IDPs, not to rest on our oars at the point of policy articulation and culmination. Now is the time for us to concertedly push the boulder of challenges bedevilling our IDPs over and beyond the hillcrest to the valley of no return. As the PSI has rightly averred, we in the NCFRMI are committed to, more than ever, translating policy to practical beneficial actions towards providing durable solutions for IDPs and safeguarding them.”

He said, “The National Assembly can partner with PSI in the area of advocacy, in the area of enlightenment and to also look at how we can track budgetary allocations to the MDAs (Ministries Departments and Agencies) that are responsible for the welfare of these IDPs to ensure that the allocation are judiciously spent.”

Baba also said that the National Assembly is making efforts to domesticate the Kampala Convention in line with the commitment of government to improve the wellbeing of IDPs.

According to him, “These IDPS have rights. They are Nigerians protected by the constitution to live happily in dignity. On the contrary, they are living in very unhygienic conditions, without adequate provisions for their healthcare, shelter, and water sanitation. We can look at the amendment of the 1999 constitution, which is already in the process of amendment to look at rights of the IDPs comprehensively.

“In addition to that, there is the Kampala Convention. This Convention protects the IDPs holistically. In fact, it even talks about prevention. How to prevent people from becoming IDPs. Though Nigeria is a signatory, but that Convention has not really come into effect because of the issue of domestication. There are some part of it that does not align with our national laws. It is our responsibility at the National Assembly to ensure that the Convention is domesticated.”

Earlier in her welcome address, PSI project coordinator in English Speaking West Africa, Moradeke Abiodun-Badru decried that IDPs have been hit by displacement, poverty and the COVID-19 pandemic.

She said all hands must be on desk to ensure that IDPs have access to quality healthcare, education and financial water sanitation as well as safe return and reintegration into their communities.

According to her, the PSI has been building capacity of its members especially its field officers who have been in the forefront of providing services to IDPs.

She said the Federal Government has approved the national policy for IDPs in Nigeria, a feat which was achieved through years of hard work by PSI and other stakeholders.

Badru however, said the PSI looks forward to how government can move from policy to action.

I Will Put Nigeria On The Path of Greatness If Elected...