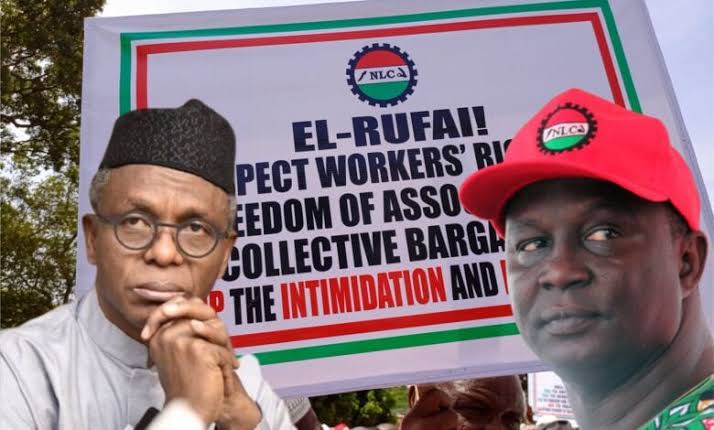 The Nigeria Labour Congress (NLC) on Tuesday 22nd June, 2021, said it would shutdown all work and economic activities in Kaduna State again, because of the refusal of the State Government to respect the MoU it signed with workers at the end of the recent three days warning strike.

NLC President, Comrade Ayuba Wabba, who addressed journalists in Abuja at the end of an emergency National Executive Council (NEC) meeting that seriously featured the issues, said it has now put all its members across the states on alert for the strike which will happen without any further notice.

The NLC President, further said the strike will be nationwide because the Congress had also informed the Federal government through a letter to President Muhammadu Buhari.

He went on to say that the Kaduna state government has continued to flout the MoU entered with the workers during the intervention by the Federal government with impunity.

His words, “Whereas, the NLC has remained committed to the process of reconciliation following the intervention by the federal government, a Memorandum of Understanding (MoU) was signed and this MoU posited that there should be a 10 person Committee to be able to ensure that all processes and procedures in disengaging any workers conforms with our national law, particularly section 20 of the Labour law.

“As we speak, that Committee has not been constituted by the Kaduna state government. I can also say clearly that the provision of the MoU are being violated with impunity, especially the no-victimization clause.

“Owing to the grievous infractions and continuous provocations by the Kaduna state government against workers and trade unions in the state.

“And despite the fact that we have also complained formally to the FG through the President on the non adherence to the MoU, NEC resolved that the earlier decision of NEC to withdraw all services and protest these neo Liberal and extreme right wing policies should take effect without delay and mobilisation of all our state councils and all affiliates should takes places immediately and all employers of labour should be put on notice.”