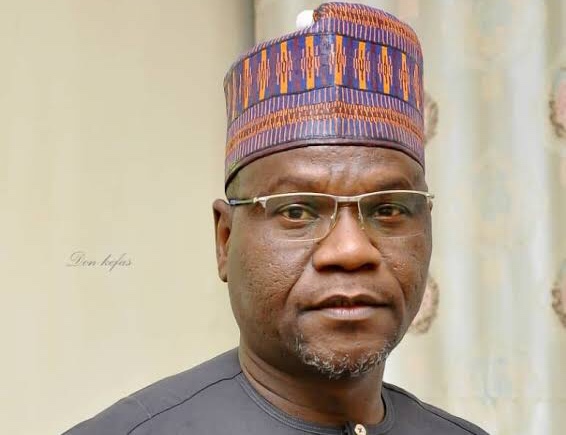 The Senior Staff Union of Colleges of Education, Nigeria (SSUCOEN), has warned that the consequences of the nonchalant attitude of government towards education policies and agreements reached with unions in the sector, portends great danger for the much desired development in the country.

SSUCOEN President, Danladi Ali Msheliza, in his keynote address at the 3rd National Quadrennial Conference of the Union in Abuja, urged the federal government to have a rethink on the kind of attention it pays to the foundation of teachers, especially when teachers will remain a catalyst for the growth and development of education in Nigeria.

According to him, a situation where teaching profession continues to grapple with inconsistent policies around education, like the shoddy implementation of the Integrated Personnel Payroll and Information System IPPIS, non-implementation of collective bargaining agreements speaks poorly of a nation that is focus driven.

“Our students are children of the masses and the downtrodden, who are voiceless…We must therefore, be the voice of our students and their parents.

“We have seen lack of political will and respect for agreements duly entered into between unions and government both State & Federal levels e.g. the 2010 FGN/SSUCOEN agreement and many other agreements.

“Also regrettable is the non implementation of 65 years retirement age for non-teaching staff in state owned Colleges of Education, including non release of White Paper on the 2014 Presidential Visitation Panel Report and the Presidential Needs Assessment Report (2012).

“As well as the review of the Acts Establishing Federal Colleges of Education, and NCCE, including the stalled renegotiation of the 2010 FGN/SSUCOEN Agreement, inadequate infrastructure Classrooms, Laboratories, Libraries, Staff offIces, Students’ Hostels among others, “Msheliza lamented.

In his solidarity message, the President of the Nigeria Labour Congress, Comrade Ayuba Wabba, stated that insecurity will persist in Nigeria and Kaduna State in particular, owing to nonchalant attitude of those in governance to the welfare of the citizens.

He said since the attainment of independence in 1960 successive governments in Nigeria have churned out neo-liberal policies that tend to undermine the welfare of the workforce, which fortunately are the major vehicle for wealth creation.

In his remarks , Wabba carpeted the Kaduna State Governor, Mallam Nasir El’Rufai, describing him as one that would go down history for degrading the dignity of Nigerian workers.

NLC alleged that in one full swoop El’Rufai laid off 21,000 teachers and replaced them with contract staff who till date have not been given letters of engagement.

He said with N50.7 billion Internally Generated Revenue of the state in 2020 alone, the governor cannot claim to lack funds to pay minimum wage of just N30, 000.

According to the NLC President, insecurity is thriving in Nigeria because a lot of the dependants of those who have been laid off are taking to crime as a means of survive, a development that is alien to advanced nations of the world.

He said more often than not, politicians make promises to electorates they cannot keep, including engaging in manipulation of the workforce, exploiting their venerability because of their poor economic status.

“Its not surprising that today collective bargaining agreements are not respected, meanwhile there is nowhere in the world where such things obtain, for the working class in Nigeria, I am pained to say that it is not yet uhuru.

“Workers are at pains because their labour is no longer seen as priority and respected, therefore we must continue to say no to neo-liberal policies of government, devaluation of the naira has affected workers the most, all these contribute to security challenges we are currently grappling with, “he told the delegates.