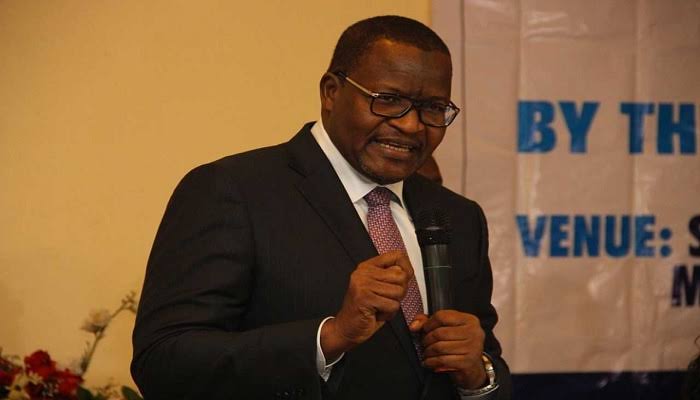 The Executive Vice Chairman/CEO of the Nigerian Communications Commission (NCC), Prof. Umar Garba Danbatta, has said that consistent regulatory models, approaches and best practices being implemented by the Commission were the secret behind the enjoyed stable telecoms sector and accelerating digital inclusion in Nigeria.

Danbatta revealed this when he received a delegation from Autoridade Reguladora Nacional (the Telecom National Regulatory Authority of Guinea-Bissau), who were on a week-long benchmarking visit to the Commission in Abuja on Wednesday, May 26, 2021.

In a statement made available to the media, Danbatta, who is also the Chairman of the West African Telecommunication Regulatory Assembly (WATRA), told the delegation whose visit aim were to gain insights into NCC’s regulatory template with view to build stronger bilateral relations with the Commission in the area of telecommunications regulation, that the Nigerian Communications Commission has been recognised by the International Telecommunication Union (ITU) as Africa’s foremost regulatory organisation and has over the years received regulators from across Africa and beyond whose mission is to understudy the Commission.

Furthermore, he noted the strong support to Nigeria by Guinea Bissau during the recently concluded election for the position of Executive Secretary of WATRA and the Chairmanship of the regional body, noting that the benchmarking visit underscores the cordial relationship, mutual cooperation and collaboration between both countries.

“The 16 members of the regional organization share a common vision in ensuring that the citizens are not digitally excluded and are cooperating to ensure that access to information and communication technology services are not only ubiquitous, but that they are available and affordable through effective national and regional policies”, Danbatta said.

Also, he pointed out that the NCC has through the implementation of various policy initiatives, particularly the National Broadband Plan (2020-2025) improved access to broadband for over 80 million Nigerians and targets the provision of Point of Broadband Access (PoA) in all the 774 local government areas (LGAs) of the country within the plan period. Dnabatta stated that challenges remain in the process, but observed that NCC is committed to addressing such challenges as Right of Way (RoW) issue, multiple taxation, vandalism of telecom infrastructure, among others, confronting the licensees as they roll out services.

He also said that NCC through various regulatory efforts, “Nigeria’s telecoms sector had reached an all-time-high, basic internet subscription of 154 million; over 87 million broadband subscriptions, representing 45.93 per cent broadband penetration; over 207 million voice subscriptions with teledensity standing at 108.94 per cent as at October, 2020.”

Danbatta also said that he as WATRA Chairman, Would ensure that the ongoing plans for the Executive Secretary of WATRA, Aliu Aboki, to visit the 16 member countries of the Assembly for the purposes of interacting and engaging with the member countries in order to build a common front to galvanise the development of the telecommunications ecosystem in the West African sub-region.

“So, we hope this level of collaboration at the level of WATRA, will be strengthened, so that together, we can act in a manner that other parts of Africa can be able to copy from us. It is an excellent regulatory model that we are working together and I solicit your support and that of other member countries in making the visit of the 16 member countries by the Executive Secretary a huge success,” Danbatta urged the delegation.

He went on to expressed the desire to reciprocate the visit, while he particularly appreciated the Guinea Bissau’s delegation for the visit and expressed the hope that their expectations for the benchmarking programme have been met as they take away some key ideas and integrate same into the regulation of their country’s communications industry.