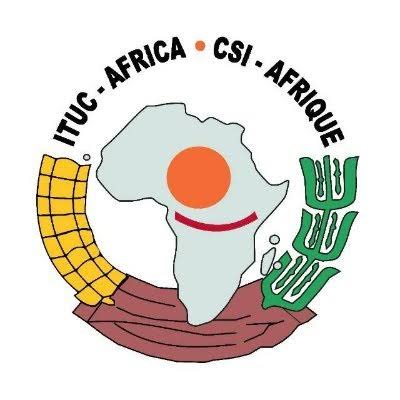 The African Regional Organisation of the International Trade Union Confederation (ITUC-Africa www.ituc-africa.org representing over 17 million workers in 52 0f the 54 African countries, including Nigeria is pained and worried to learnt that hoodlums acting under the open invitation and inciting calls of the Kaduna State Governor, Mr Nasir Ahmad El-Rufai, has attacked peaceful protesting workers in Kaduna State.

This action is crude, uncivil and incompatible with the ethos of participatory democracy provisions and good governance. No doubt, this action by the Kaduna State Governor is a flagrant negation of the laid down principles for resolving industrial disputes. To unleash hired and paid thugs on protesting workers is an invitation to further anarchy and chaos. It is repressible and reckless.

The NLC had called on the Kaduna State Government to desist from the unilateral dismissal of over 7,000 workers from the state civil service. It is on record that the Kaduna State Government has embarked on a blitz of workers dismissal totaling over 70,000 affected workers within the past 6 years. The dismissal processes have been without the observation of the laid down provisions for engaging in such exercise. Worse, affected workers have not been paid their disengagement entitlements. The NLC protest action, among other demands, was mainly to insist that rules are respected and applied. The Kaduna State Government’s response spells of utter bad faith and indifference.

Further, the ITUC-Africa has observed a systematic pattern to orchestrating this attack on the peaceful protesting workers and their legitimate protest actions. Over the weekend, newspaper reports indicated that the Governor was boasting and declaring his readiness to confront the protesting workers under the banner of the NLC. At 09:26 AM today, 18 May 2021, the Governor, Mr El-Rufai on his Twitter handle @elrufai, tweeted “KADUNA UPDATE: Ayuba Wabba and others of @NLCHeadquarters declared wanted for economic sabotage & attacks on public infrastructure under Miscellaneous Offences Act. Anyone that knows where he is hiding should send a message to @MOJKADUNA, KDSG. There will be a handsome reward”. The Twitter handle and tweet were verified and we find this beyond belief!

The ITUC-Africa finds these open and audacious incitements to violent attacks against peaceful and legitimate workers’ action as unacceptable and condemnable. We ask that the Kaduna State Governor and Government refrain from further confrontational and chaos-inducing actions. We urge them to urgently and genuinely embrace genuine dialogue.

For emphasis, we wish to remind the Government of Kaduna State and the Federal Republic of Nigeria that the country is a responsible member of The International Labour Organisation (ILO). The country has ratified Conventions 87 (Freedom of Association and Protection of the Right to Organise) and 98 (Right to Organise and to Collective Bargain) that both, ditto other similar international instruments, have provisions in letters and spirit that adequately ensure the right of workers to organise and to undertake peaceful and legitimate industrial actions as means to protect their workplace and economic rights. It is, therefore, unfathomable and conscienceless that peaceful workers are subjected to open and inviting incitement of violent attacks.

Let it be known that the ITUC-Africa will report this matter to the forthcoming International Labour Conference (ILC) and invite the conference to examine these crass and crude infractions of her statutes and provisions.
Further, the ITUC-Africa also calls on the various and relevant security agencies and agents to rise to the challenge of ensuring adequate security protection for peaceful protesters as consistent with the provisions of the charter of the African Commission on Human and People’s Right (ACHPR), which Nigeria is a signatory.

Once again, the ITUC-Africa calls on the Kaduna State Government to desist from this condemnable action of inciting and violently attacking peaceful protesting workers. We call on the security agencies to ensure necessary and adequate protection for legitimate citizens’ activities such as the one being organised by the NLC in Kaduna State. We urge the Nigerian Federal Government to call on the Kaduna State Government to respect the provisions of the extant legislative and administrative national, continental and international instruments that she is a signatory to.

Finally, we urge the Kaduna State Government to embrace genuine negotiation with the organised labour. Everyone wins when spaces are allowed for reasons and rules to govern industrial relationships. The NLC has shown willingness and readiness to negotiate and employ legitimate means to resolve this impasse. We urge the Kaduna State Government to do the same and to refrain from using industrial disputes as means of flexing muscles and popularity contest.

The ITUC-Africa will continue to monitor the developments from the ongoing industrial action by the Nigerian workers and we initiate necessary actions as the needs demand.

Issued on the 18th May 2021.
Signed by Kwasi Adu-Amankwah, General Secretary ITUC-Africa.