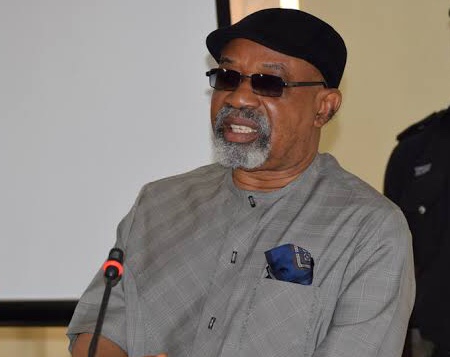 The Federal Government says it has drawn up a Memorandum of Understanding with significant inputs, from all stakeholders to end the debilitating strike by the Judicial Staff Union of Nigeria (JUSUN) and the Parliamentary Staff Association of Nigeria(PSAN) when conciliation resumes tomorrow, Thursday.

Providing insight into the conciliation effort of his joint committee on the dispute, Minister of Labour and Employment, Senator Chris Ngige described the MOU as a product of week-long consultations with all the critical stakeholders.

“ It is an aggregate of views, propositions and positions of all parties, which we have filtered to smoothen areas of conflicts and culminating in what passes for an unassailable patriotic document.

“ What we have is holistic, what this Ministry regards as a conciliatory cocktail position – a mix of ideas from all sides , of constitutional positions , and even part of Presidential Executive Order No.10.

“ It is what in our joint committee and in our wisdom, we consider necessary to make for the independence- fund wise, of the state judiciary and legislature without breaching the constitution of the Federal Republic of Nigeria .

Ngige said that as the Chief Conciliator, he has worked together with the Secretary of the Presidential Implementation Committee on the Autonomy of the State Judiciary and legislature, Senator Ita Enang, to consult all the stakeholders, including the Chairman of the Nigeria Governors’ Forum, His Excellency, Kayode Fayemi, Chairman of Northern Governors Forum, His Excellency, Simon Lalong, officials from the Governors Forum Secretariat, Chairman of Speakers of the State Houses of Assembly as well as the Administrative Secretary of the Conference of Speakers of State Houses of Assembly.

He added that discussions were further broadened to bring in the leadership of the judiciary at the centre and the states.

“ The MOU we have now is something that will make the state legislature, judiciary and even the NJC operate optimally and we have given it to all parties to study before we re-convene tomorrow.

“ When we reconvene, all parties will cross the t’s and dot the i’s and we are very hopeful the two unions will thereafter, call off the strike so we can have industrial peace in the states.

“ We need to re-open our courts and the state assemblies so that even the state laws contained in the MOU will be enacted as soon as possible, within the 48 days execution period allowed for states to formalise it. It has timelines and with agreement on all issues and subsequent signatures , it will become a Memorandum of Action (MOA)”