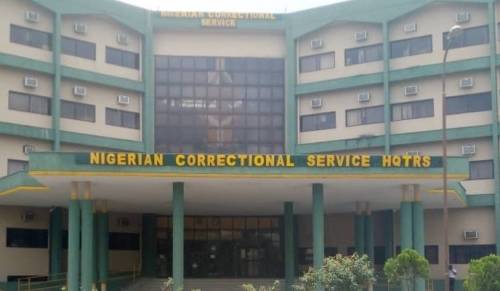 The Controller of the Nigerian Correctional Service, (NCS) FCT Command, Abdulrahman Maiyaki, has commended welfare support from non-governmental organizations to inmates and staffs of the service.

Maiyaki, when he addressed the newsmen in Abuja on Tuesday at the 2nd Preliminary sitting of NGOs, staff, inmates and ex-inmates, noted that the government alone cannot sustain the needs of the inmates. He praised the NGOs for helping in providing for the need of the inmates.

“The welfare of the inmates have improved with the support we are getting from NGOs.” He noted

According to Maiyaki, the first parliamentary meeting yielded positive result in terms of development, as the inmates were trained by NGOs, provided with potable water facilities, as well as training for staff. He noted that the NGO’s provided consumable goods as part of humanitarian services, adding that the meeting also created opportunity through which the actual needs of inmates are known.

Meanwhile, Maiyaki noted major issues that would have given rise to decongestion in the correctional centers has been taken care of due to the custodian and non-custodian mandates of the NCS.

“Most of the issues that would give rise to congestion in the facility is being taken care of by the non-custodian aspect, so we do not have the issue of congestion for now, and discussion is ongoing with the chief judge of the FCT to see how there cases will be attended to so that there cases will speed up.”

Liason Officer, Carmelite Prisoners’ Interest Organization, Eto obong Inyang, noted that the parliamentary meeting is very important because it shows that the correctional service appreciate the effort of the non-governmental organization.

Inyang added that it is also a platform for NGOs to strengthen the relationship with the correctional service and avenue to know the needs of the inmates and make their stay in incarceration centre peaceful.

An ex-inmate, Lucy Dangana also commeneded the efforts of the NGOs and appealed for continuity, even for other custodian centres across the country.