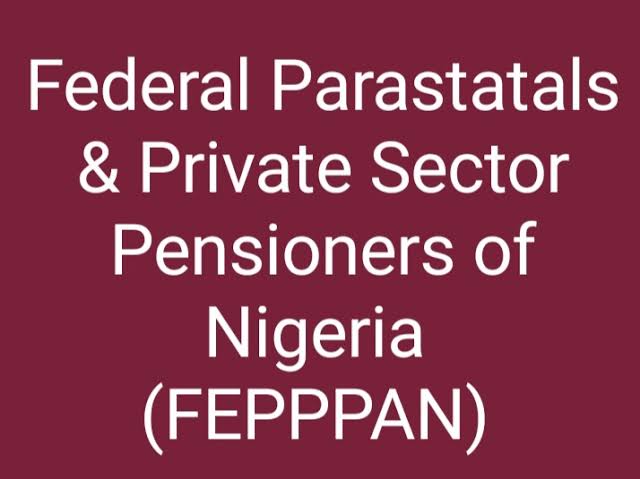 The Federal Parastatals and Private Sector Pensioners Association Of Nigeria (FEPPPAN), has called on all pensioners under its umbrella who are not in any of the categorized CONSOLIDATED pension groups listed in the Circular of the consequential adjustment of the new minimum pension released by the National Salaries, Incomes and Wages Commission (NSIWC), to gear up for immediate engagement with the Commission.

The circular released by the Office of the Chairman, NSIWC, directed that “retirees of agencies that are not in any of the above-mentioned (CONSOLIDATED) salary structures should; in line with Sections 173 (3) of the 1999 Constitution of the Federal Republic of Nigerian (as amended) and 3 (P) of NSIWC Act, apply to the Commission to determine the appropriate increases that will be applicable to their retirees.”

In a statement signed by its President-General, Chief Temple Ubani, said; “We call on all the Agencies/Pensioners who are not under any of the categorized CONSOLIDATED pension groups listed in the Circular, most of who are FEPPPAN Sectors/Pensioners to be prepared for concerted effort by our Union to engage the Commission and the Directorate for prompt determination of the appropriate adjustments of their pensions without delay.”

Importantly, FEPPPAN praised the President Mohammadu Buhari-led Federal government for its approval and issuance of circular for the commencement of the consequential adjustment of the new minimum pensions. It also appreciate the entire management of Pensions Transitional Arrangement Directorate (PTAD), led by its Executive Secretary, Dr. Chioma Ejikeme (Mrs), for swiftly stating that it will commence payment payroll for the new minimum pension next mont (May 2021).

“The Federal Parastatals and Private Sector Pensioners Association Of Nigeria has applauded the Federal Government Of Nigeria for heeding our calls for the implementation of the Pension aspect of the law in tandem with the Constitution of Nigeria 1999 as Amended without further delays.

“We commend President Muhammadu Buhari for granting the awaited Approval of the recommendations of the committee of stakeholders Report as soon as he returned to office from medical break.

“We also appreciate the Management of PTAD led by its Executive Secretary, Dr. Chioma Ejikeme (Mrs) for heating the ground running few hours after the release of the Circular promptly issued by the Ag. Chairman of the NSIWC Ekpo U. O. Nta Esq.

“PTAD’s commitment to immediate payment of the new Pensions along with the accrued arrears as promised by the Executive Secretary today, at her Press Briefing is heart warming and appreciated.” The statement expressly stated.