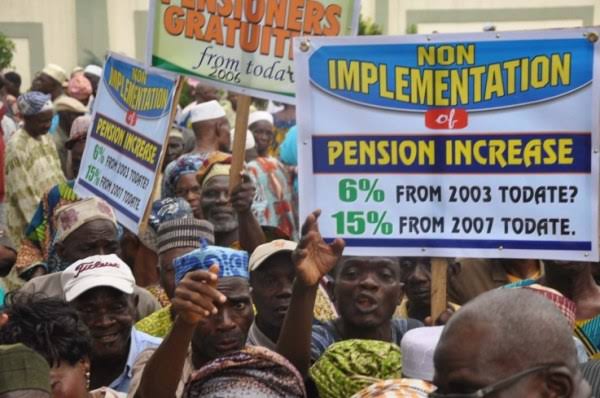 The Nigeria Union of Pensioners (NUP), on Wednesday 21st April, 2021, said it has concluded plans to commence a nationwide protest beginning from Abuja, on Friday morning to the office of the Secretary to the Government of the Federation.

Outgoing President NUP, Dr Abel Afolayan, who made this known to journalists at the 11th Quadrennial Delegates Conference of the union in Abuja, said the protest is against government’s seemingly blind eyes to pensioners’ pathetic situation in the country; and refusal to implement upward review of minimum pension according to the law.

Afolayan went on to note that the Union had issued to the Federal government an ultimatum on the protest, but nothing has been done. He added that “pensioners cannot continue like to live like slaves, because the way things are going is very terrible.”

According to him, “We are protesting because they gave refused to release the letter of pension increment, consequential upon the minimum wage and salary adjustment to workers, two years after that was done.

“The welfare of Pensioners are still terrible. The pensioners are not being treated well at all. Many pensioners are suffering. Some earn as low as N5,000 and they are not being paid as and when due. Even as we speak now the pension increase, consequential upon the national minimum wage and salary adjustment is yet to be effected, two years after those of the workers have been done.”

Meanwhile, the Minister of Labour and Employment, Chris Ngige, has said the Federal government is mindful of the sacrifices and contributions of retirees to the Nigerian project and is committed to taking necessary steps to address issues that border on improving your welfare.

Ngige who was represented by the Permanent Secretary, Federal Ministry of Labour and Employment, Dr Yerima Peter Tarfa, further said the lingering issue of consequential adjustment to pension of Nigerian pensioners has been overdue since 2019 when the new Minimum Wage Act was signed into law by President Muhammadu Buhari.

He assured that the ministry of labour and Employment has taken the lead in ensuring that the review is achieved.

Ngige commended the outgoing national executive of your Union for the zest, doggedness and will-power with which they piloted the affairs of the Union in the last four years which had resulted in the achievements recorded by your Union

He listed some of the achievements to include successful inauguration of the Contributory Pension Sector at National level; the pursuit for the implementation of 33% pension increase and full payment of 42 months pension arrears; and the pursuit for the release of N45 billion to settle Pensioners of the defunct Nigerian Airways amongst others.

He said, “Distinguished Senior Citizens, Permit me to use this opportunity to inform you that the Federal Government is mindful of your sacrifices and contributions to the Nigerian project and is committed to taking necessary steps to address issues that border on improving your welfare. In this regard,

“My ministry has decided to take the lead on the lingering issue of consequential adjustment to pension of Nigerian pensioners which had been overdue since 2019 when the new Minimum Wage Act was signed into law by Mr. President. In this regard therefore we are hopeful that working with other Agencies of Government, there would be some light at the end of the tunnel.”

In his address, president of the Nigeria Labour Congress (NLC), Ayuba Wabba decried the plight of pensioners in the country, adding that the condition of pensioners is lamentable.

He said, “In all the sectors of Nigeria economy, it is the efforts and hardwork of pensioners that ensured the successes of Nigeria today.