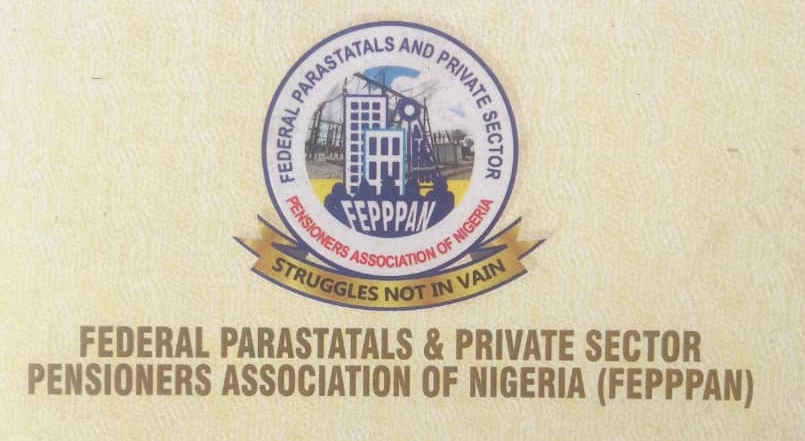 The Federal Parastatals and Private Sector Pensioners Association of Nigeria (FEPPPAN), on Thursday 22 April, 2021, directed its members across the country to refrain from participating in any form of protest for any reason that has to do with implementation of minimum pension.

While it reiterated its call for President Mohammadu Buhari, to speedily intervene and ensure that pensions adjustment for Pensioners be implemented without further delays to forestall imminent embarrassing actions by the senior citizens, FEPPPAN stated that it National Administrative Council (NAC) had earlier engaged government on the matter and was given a satisfactory response that assured that “Federal Government was at the final stages of approving, issuance of circular and implementation of the negotiated adjustments for pensioners.”

According to a statement signed by its President-General, Chief Temple Ubani, the Union said; “Consequent upon the signing of the Minimum Wage ACT by President Muhammadu Buhari GCFR in 2019 and the implementation of the law for the active workers of the Federal Government of Nigeria, FEPPPAN and other sister pension unions have been variously prevailing on government to implement the Pensioners component of the law in accordance with the Constitution of Nigeria 1999 as Amended.

“Furthermore on the 1st of March 2021, FEPPPAN wrote a Passionate open Appeal to Mr. President and copied all relevant government agencies and Stakeholders on the subject. The letter which was delivered to the addressees hard copies were also published in the print and online media.

“As a follow-up, on the matter the National Administrative Council NAC of FEPPPAN further took up the Executive Secretary of PTAD Dr. Mrs. Chioma Ejikeme on the matter, at a scheduled meeting of both parties held at the Directorate’s headquarters in Abuja on the 15th April 2021.

“The E. S. Ptad reiterated that the Federal Government was at the final stages of approving, issuance of circular and implementation of the negotiated adjustments for the Pensioners. She expressed the hope that the process would be concluded in two months time latest.

“Dr. Ejikeme described as unnecessary for the Pensioners to embark on any street protests which might portray them as being ungrateful or insensitive to President Buhari’s commitment to the welfare and well-being of the Senior Citizens through regular and prompt payment of monthly Pensions and arrears.

“However FEPPPAN NAC members assured the meeting that our Union had no plans to immediately embark on any mass action or street protests against the Administration of President Buhari as a mark of honour and appreciation for his safe return to office from medical trip abroad.

“We therefore appeal once more for the President’s intervention so that the Pensions adjustment for Pensioners will be implemented without further delays to forestall imminent embarrassing actions by the Senior Citizens.

“In the circumstances all PARASTATALS AND PRIVATE SECTORS PENSIONERS are directed to refrain from participating in any street protests on account of the delayed pensions adjustment.”