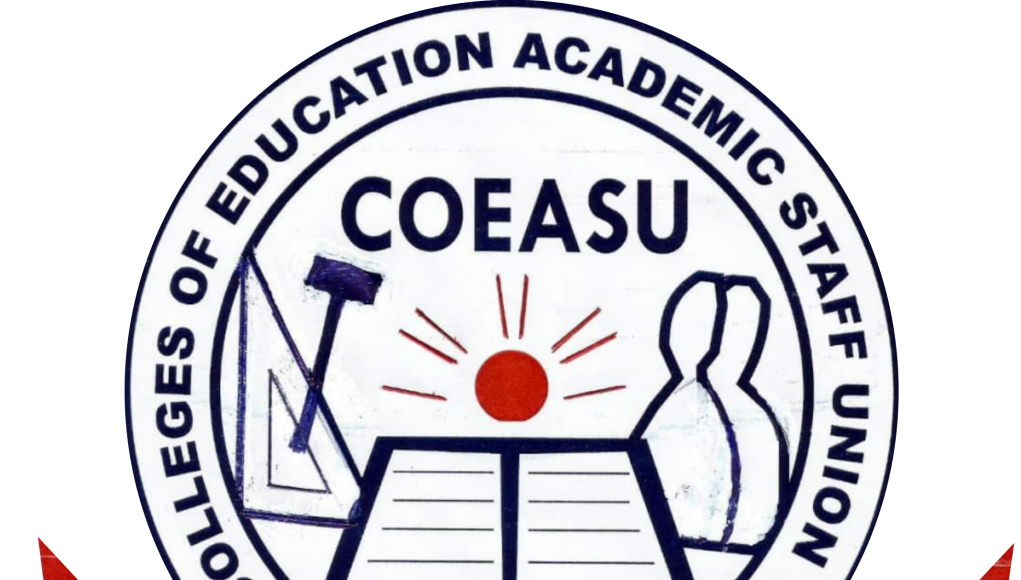 In a press release signed by its National President, Nuhu Ogirima, the Union noted that the decisions on choice of officers appointed as Principal Officers and members of Governing Councils; should rather be seen as a move to strengthen inter-institutional bonds and the promotion of cross-breeding of intellectual ideas among academics in tertiary institutions.

Accordingly, the statement in full stated; “The leadership of the Colleges of Education Academic Staff Union (COEASU) felt a compelling need to acknowledge, with excitement, the recent appointments of individuals and some seasoned academics with history of capacity and competence, evident in their respective profiles, from within the College of Education system, as Provosts and members of the Governing Councils of the new Federal Colleges of Education.

“The Union is particularly delighted by the approval of Mr. President of the nominations of the individuals given the fact that the age-long quest for involvement of individuals with proven record of diligence in service in the COE system has been reflected to an appreciable extent.

“The Union also considers the eventual reconstitution of Governing Councils and Visitation Panels, on the heels of prolonged agitation for their reconstitution, as commendable. This stems from the mounting existential and seemingly intractable challenges besetting most of the institutions since the completion of tenure of the defunct Councils.

“The Union views the choice and pedigree of the membership of the various teams as commendable. With specific reference to the headship of the Visitation Panels, it is quite unprecedented, given their track records of patriotism and selfless service to the nation through years of mentoring generations of Nigerian citizens either as academics of repute and, or administrators.

“On the Composition of the Management Officers/Principal Officers and Governing Councils of the six (6) new FCEs, we sincerely commend the President and appreciate the Hon. Minister of Education, Malam Adamu Adamu for the manifestation of the rare spirit of confidence and trust exhibited in considering a good percentage of those appointed into the various leadership positions.

“Nevertheless, the Union is not oblivious of the limitations or constraints imposed by the Acts establishing the COEs and the NCCE, currently undergoing appropriate legislative process at the National Assembly, which may have informed some decisions on choice of officers; if anything, such a development should rather be seen as strengthening inter-institutional bonds and the promotion of cross-breeding of intellectual ideas among academics in tertiary institutions.

“However, in the interim, the fulfillment of pledge to repositioning the sector and government’s recourse to merit in these appointments rather than primordial considerations coupled with the uncommon political will to establish the new colleges is a proof of FGN’s pragmatic sense of purpose to ease access to tertiary teacher-education. This is against the backdrop of the much-expected take-off of the institutions which the appointments herald.

“Meanwhile, the Union emphasizes the need to be purposive and comprehensive in handing over the instructional mandate of the various institutions to the appointed Provosts of the six colleges. FME and NCCE should properly guide the processes of accessing the funding windows available to enable the systematic but firm take-off of the institutions. Such processes need take cognizance of the noble anti-corruption policy of the FGN.

“To us as a Union, the composition of the various bodies is a step towards fulfilling the age-long quest for efficiency, consistent with the statute, in service delivery. Councils need be cognizant of their roles and should, as much as possible, avoid the overbearing tendencies more often than not exerted on College Managements. The FME would need to address this critical concern with the desired urgency, given its implication on industrial relations in the institutions.

“In furtherance of the quest to reposition the COEs, we do consider it imperative to appeal to the HME to give a radical/strong push towards further cementing his legacy in gold by using his good offices to ensure an expeditious passage of the Bill for the review of the Colleges of Education Act pending before the National Assembly. It is hoped that the Bill once passed and assented to by Mr. President, would usher in a new dawn in the Colleges of Education of our dear country.”