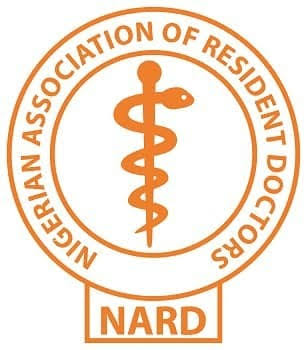 Now that the National Association of Resident Doctors(NARD) has called off the devastating ten-day old strike, what a time to interrogate the facts, fallacies and myths that precipitated the action, roamed the polity and occupied national discourse .

It is not the best of times for Nigeria, sure. Uncertainty rankles. Covid-19 is still ravaging though Nigerians have already declared victory. In the midst of scaring indices is the plague of hunger and destitution . A festering rural-urban poverty, worsted by pervasive insecurity, is blowing sky-high, a once palpable national confidence. Therefore, for doctors in what is a national theatre of emergency, to down tools would make Hippocrates turn in the grave.

The doctors have genuine demands though but the premise of the latest strike was impeachable. There is a mishmash of facts, lies, fallacies and even myths that enveloped it. This situation emitted a billow of smoke, confusing a genuine case against sheer subterfuge.

NARD in its notice of trade dispute had raised the non-payment of house officers as well as non-recruitment of new ones. It also called for the abolition of bench fees, payment of the new National Minimum Wage, hazard allowance and the Residency Training Allowance. There is also an ancillary issue of non-payment of insurance death benefits to seventeen doctors who lost their lives in battle against covid-19.

However, the Federal Government contended it had substantially met the demands of NARD as contained in the Memorandum of Action signed on March 1, 2021, a position NARD would later admit while calling off the strike on Saturday, April 10.

The contentious issue of training and recruitment of house officers, it said, was already resolved as all officers including those who fell outside the quota and those ‘illegally” recruited by the chief medical directors in teaching hospitals were already receiving payments while an online portal for the central recruitment of officers by the Medical and Dental Council of Nigeria came live, effective April 1, 2021, thus bringing to an end, the whimsical selective recruitment of house doctors.

Benching in training as well as the monthly deduction of N15,000 from the salaries of house doctors for accommodation were abolished. Refund of earlier deductions was also directed as doctors who are now paid in full, are at liberty to negotiate with local authorities in their place of service for individual accommodation. Undoubtedly, the decision of NARD to call off the strike, came on the strength of dismissal of fallacies and suspicions it earlier brought to negotiation. How?

While NARD had built emotion and drew the sympathy of Nigerians over the non-payment of death benefits to the seventeen doctors who lost their lives in battle against Covid, stark reality dawned as government drew attention to the N9.3b insurance premium instituted for health workers and all civil servants in 2020. It confronted the doctors over failure to stake claims on behalf of the next of kins of the fallen doctors, even as forms for claims were circulated in all the institutions for NARD to liaise with the Chief Medical Directors in that regard, knowing that the insurance companies will only pay valid claims.

Besides, the hue and cry over the review of the N5000 hazard allowance also got deflated as NARD discovered to its dismay, that the Ministry of Labour had already initiated a review meeting with the Remuneration Committee of the Nigerian Medical Association and the National Salaries, Income and Wages Commission.

That NARD, after the grandstanding declaration at its extra-ordinary meeting on Wednesday 8thApril, wherein it insisted that strike must continue, would capitulate two days later as Nigerians began to see transparency in government’s implementation of the MOA, was no chagrin.

Close observers at the various meetings cite an apparent chink, a discordance between what the militant NARD leadership claimed in the press and the mea-culpa it beat at negotiations, when confronted with facts . And here lies the half-truths and the fallacy in the recent strike .

For instance, while the leadership of NARD admitted that the Nigerian Medical Association(NMA) led by Prof Uja kept it in the dark over the review of hazard allowance, puzzle and subterfuge hover over the intention of NMA president in keeping this development away from NARD, allowing it to front same as failings of government.

One is then at freedom to posit mischief and sabotage, sensing the quick excoriating riposte, made by Prof Uja in criticizing both the Minister of Labour and that of Health over the strike. A situation where the NMA plays the ostrich while laying a fertile ground for action by militant NARD suggest conspiracy .

Take again the issue of a hitherto chaotic recruitment of house officers and smooth transition into IPPS at the end of training for continuation of their salaries and emoluments. The NMA whose umbrella should protect the house doctors, failed to provide proactive liaison with the Committee of CMDs and the Medical and Dental Council of Nigeria for ease of operation.

So it is either Prof Uja who is also the Vice chancellor of the new University of Medical Sciences, Oturpko, Benue State is overwhelmed by the two heavy offices to give enough time to NMA, or pursues a sabotage of government effort or both. Otherwise his role in the entire crisis is a myth that only him can resolve .

Besides, the insurance compensation to the seventeen fallen doctors that has not been paid speaks volume of a lethargic NMA leadership that is unable to mobilize membership in various hospitals for actualization, only to turn back and use same as a base to egg the young NARD leadership on into strike. Here is the leader of the NMA, an umbrella for all doctors, that fails in its primary role, thereby laying a background for strike and latching onto it to launch umbrage on government.

The trend aligns with the unnecessary misrepresentation of a harmless comparison of the residency service package in Nigeria against that of the United States and the UK by Sen. Ngige, while on an interview programme on Channels Television, which Uja ignited, opening up another dimension in an allegory of sabotage.

In fact, observers of development in global medicine practice agree that Ngige was right, though misunderstood . They contend that in the United Kingdom and the United States, resident doctors are not paid for books , journals as well as examination fees unlike Nigeria where government goes the extra mile to do all these. In fact, it was such a bazaar in 2020, when Government released N4b from the Residency Training Fund for books, exams among others. It was such that 558 locum doctors who were not in training also got the FG largesse as NARD submitted their names for reasons best known to the junior doctors.

One easily sights another fallacy that while the President of NARD, Dr. Uyi claimed in the media he spent N400, 000 on his residency last year, he kept away from the public, that residents including him, were paid N540,000 from the residency fund. Besides, compared to stipends paid residents abroad, despite heavy work load, resident doctors in Nigeria are treated as fully employed public servants, placed on government CONMES salary structure with all privileges and this used as base for commencement of service year.

Nigeria at a point had a fully sponsored one year abroad programme for residents. It therefore becomes easy to understand Ngige’s argument which Uja misrepresented for reasons best known to him. In fact, Uja is aware of the existence of the Residency Training Fund, but still went ahead to an NMA press release , directly attacking the federal government over it.

There are many things that didn’t add up while doctors explained reasons for the strike. Reasonable underpinnings were not disclosed to the public who easily flew off the handle upon hearing doctors were placed at N5000 Hazard allowance, completely oblivious of culpability of the doctors .

After all, the same Federal Government pays N30, 000 hazard allowance to the members of National Association of Academic Technologists(NAAT) in the federal universities. Many didn’t know it was government that noticed the scandalous pittance of N5000 and decided to release N32b as Covid-19 hazard allowance for health workers last year while it takes a holistic review of the situation. But it deserves mentioning that N5000 at a point was uncontentious for the doctors until other professionals in the health sector agitated and graduated to that level. Professional rivalry perhaps made doctors lose interest for decades over review until Covid-19 pandemic . So how will government take all the blame?

Bottom-line really, is that most ministries and agencies fail in hands-on measures that encourage industrial harmony. Situations are allowed to dovetail into declaration of trade disputes and subsequent action. The ministries will then take the back seat , opening up multiple frontiers of conflict for the Labour Ministry.

Where parties accord fidelity and promptness to agreements, a situation where the Minister of Labour as we read in the news, had to go to the office of the Accountant General of the Federation and the Ministry of Finance to push for release of funds to doctors would not arise. Diligence at the Ministry of Labour keeps saving Nigeria at this distraught time otherwise, tardiness would have long seen Nigeria sink under the weight of engulfing staccato of nation-wide strikes.

Obidiwe, a journalist writes from Abuja.