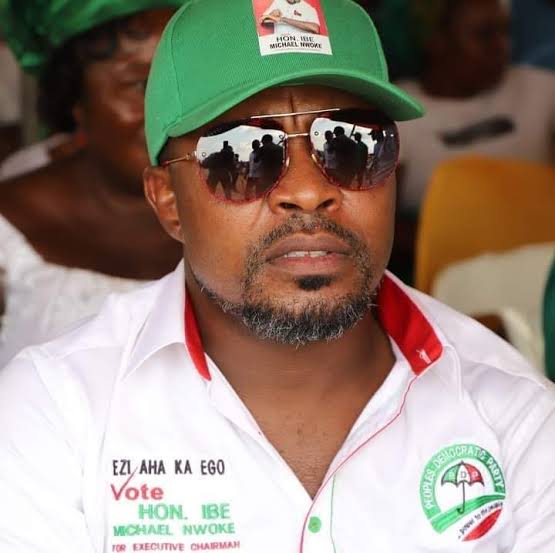 The Asociation of Local Government Chairmen in Abia State has reinstated Hon. Michael Ibe Nwoke, the Obingwa LGA Chairman as the head of its leadership.

Arising from a meeting of the 17 Local Government Chairmen held at Obingwa Local Government Area headquarters, Isuikwuato LGA Chairman, Chima Agbaeze, told newsmen that the chairmen unanimously resolve the grievances in the Association and deemed it sacrosanct to reinstate Nwoke as its chairman.

According to the him, “Michael Ibe Nwoke remains the chairman of the Association, every other thing that happened in the past remains null and void. We are United as one, Peace is restored and we are back to status quo.”

He also said that the 17 LGA chairmen after due consideration passed a vote of confidence on Mr Nwoko’s Abia ALGON leadership.

In his remark, the reinstated Chairman of ALGON, Hon. Michael Ibe Nwoke, appreciated the Chairmen of the other 16 Local Governments, said they are brothers indeed and promised a more harmonious relationship in the days ahead. He also pledged the support of the Chairmen to the Govenor Okezie Ikpeazu led administration.

On the newly inaugurated Ebube Agu security outfit by the Southeast Governors Forum, the ALGON chairman noted that the chairmen of the 17 LGAs are fully in support of the governors decision and are awaiting for the directives of the Governor to swing into action.

Nwoke also applauded the Abia LGA chairmen for their performances in their first 100 days in office, noting that they have done well so far despite the paucity of funds.

Recall that following a misunderstanding that ensued at a meeting of the Association of Local Government Chairmen in Abia State recently, the Michael Ibe Nwoke leadership was put on hold.

But with the unanimous decision of the Chairmen, the Obingwa LGA Chairman, Hon. Michael Ibe Nwoke, was restored as the authentic chairman of the Association.