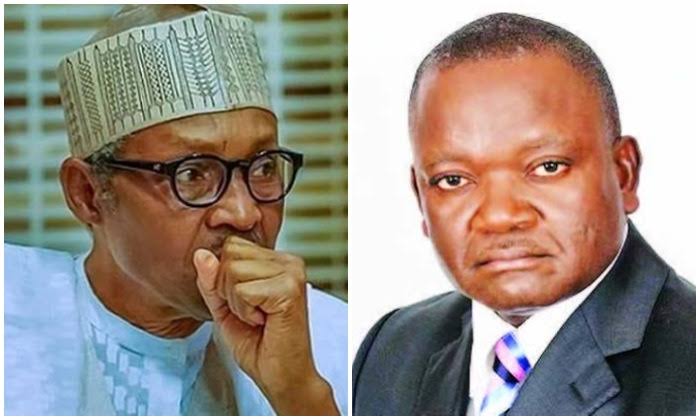 The Association of Igede Media Professionals (AIMP) has condemned last weekend’s assasination attempt on the Governor of Benue State, Dr Samuel Ortom, describing it as callous and frightening.

In a statement, the association noted that the attack has further heightened tension along fault lines across the country.

It therefore, urged President Muhammadu Buhari to live up to his word by ensuring that the investigation he has ordered into the attack be thorough and conclusive in order for the culprits to be brought to book.

“We are encouraged by President Muhammadu Buhari’s timely directive to the security agencies to cause a comprehensive investigation into the matter as we believe that the culprits will not be spared by the laws of the land,” AIMPs President, Egena Ode said in the statement.

AIMP also said those making insinuations that the governor faked the assassination attempt should have a rethink, given the prevalence of high-profile attacks across the country.

The association, however, urged Governor Ortom to extend the same empathy he has enjoined following the attack on him to communities in the state where lethal clashes are currently going on.

It pointed out that the life of every Benue indigene matters and charged the governor to use his good offices to bring the conflict between Bonta and Ukpute communities in Konshisha and Oju Local Governments respectively, to an enduring end.

“We find it remarkable that Governor Ortom while responding to questions to journalists in the Villa admitted that Benue State is currently bedevilled by communal crises arising from disputes over land”, the statement said.

“A case in point is the lingering skirmish between Bonta in Konshisha LG and Ukpute in Oju LG of the state respectively”, it further said.

The Ukpute-Bonta skirmish has lingered for too long with dire implications for both sides, and nothing but truth and justice and the will of the Benue State Goverment to not only act but timely and justly will bring about the desired peace, the statement said.

The statement noted that quite unfortunately, the people are yet to see decisive government intervention with a view to bringing the conflict to an end three weeks into the present wave of the conflict.

“In our view, the boundary revalidation between Konshisha and Oju should be done without further delay or fear in order to put paid to the needless intermittent crisis,” the association further submitted.

The statement said the State Goverment should be guided by historical documents aided by technology in order to arrive at a fair and just decision.

Giiven the scope of destruction and loss of lives, the frequency of attacks, the indescribable suffering of internally displaced persons, the effects on socio-economic activities and emerging culture of fear, the statement appealed to President Muhammadu Buhari to approve the establishment of a military post between Bonta and Ukpute communities.

It also appealed to relief agencies to come to the aid of the idps and other victims.

How TETFund Spends N185 billion On 35,000 Scholarships Of Nigerians