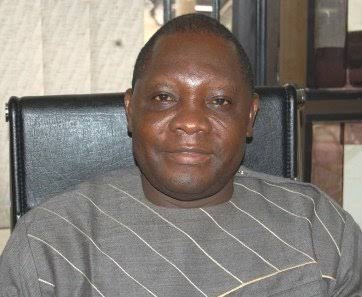 …Says Violence Not The Solution

The Institute of Peace and Conflict Resolution (IPCR) has called on the Cross River and Ebonyi states people to embrace peace as violence is not the solution.

Speaking at the stakeholders’ rountable on the boundary dispute/conflict between Cross River and Ebonyi state organized by IPCR, the Director General of IPCR, Dr. Bakut Tswah Bakut, said that the stakeholders’ meeting become necessary because of the recurrent nature of the conflict and its changing dynamics.

The DG lamented that the loses in both human and material ramifications, as a result of the age long conflict that spans over a 100 years in some cases, has been enoumous, unimaginable and embarrassing.

Dr. Bakut pointed out that the purpose of land is to use it to take care of the living, adding, “why then should we want to die for land instead of using it for sustainance?”

The IPCR DG noted that resource control has been a very important casual factor of conflict, “but in the struggle to have access and control of this scarce resource we need not get violence to achieve it.

“We need to bring our various claims to the table for peaceful options and resolutions. We need not take the laws in our own hands and be the judge in our cases.”

The DG, who said it is important we all see the need to resolve this conflict and live as one, added that disagreement on issues are bound to exist where two of more people are involved.

“Conflicts are therefore inevitable amongst human beings, but the most important thing there is for it not to be violent, while strategic steps are taken to resolve such disagreement. The conflict between these communities in these local governments have become so perennial and catastrophic, such that we have to take a more strategic and positive position on their resolution.

“This is why we invited all the major stakeholders in the conflict: The deputy governors, members of the National Assembly representing the local government areas, State Assembly members representing the areas, local governments chairmen, traditional rulers involved and community leaders as well as MDAs and the security agencies connected with management of such conflict of colossal magnitude.”

The DG, however said that in an effort to profer a lasting solution to the conflict, they have to invite the those involved to a neutral ground, that is Abuja to resolve the conflict, as efforts in the time past didn’t produce the needed result.

Government agencies, federal lawmakers, traditional rulers and others who were also part of the stakeholders’ roundtable discussion pointed out why there should be peace in the areas in question.

Secretary to the Government of the Federation, National Boundary Commission, National Emergency Management Agency, Traditional rulers and House of Representative members from both states, who spokes at the event called for the end of the conflict that has claimed several lives.

They said there is need for peaceful co-existence in both states, noting that the communities have been living together like families.