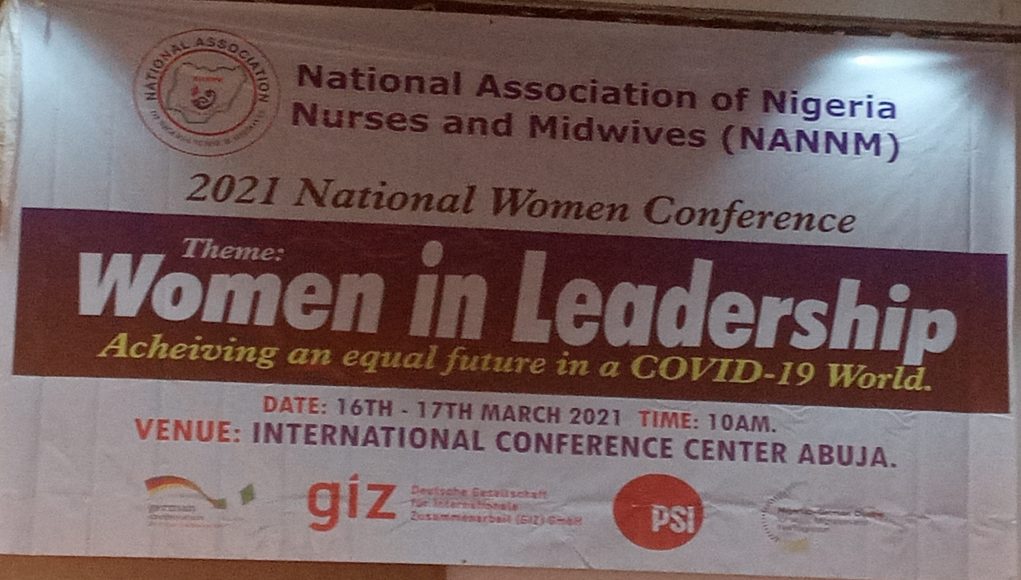 The National Association of Nigeria Nurses and Midwives (NANNM), have called on the Federal government recognize and appreciate the important role of nurses in the countries healthcare sector.

The Association also noted that nurses are the backbone of healthcare service delivery, saying that the country’s healthcare sector will be in chaos
without the all important role of nurses.

Furthermore, NANNM decried what it described as incessant attacks on nurses carrying out their responsibilities by members of the public, especially the relations of patients.

The union also called for an end to all forms of gender discrimination and violence at places of work, especially those targeted at women.

Speaking during a two days conference to commemorate the 2021 International Women’s Day, NANNM president, Michael Nnachi said the international women’s day is an opportunity for women to speak against discrimination and gender violence both at home and at work places.

On the role of nurses in the Covid-19 fight, he said being frontline workers, nurses put themselves at risk and have played strategic roles.

He however, lamented that nurses are being attacked and sometimes not well appreciated.

His word, “In terms of security, our nurses face a lot of violence which ordinarily should not be. We had an incident at FMC Owo, where a nurse was beaten and left with fractures.

“What happend was that a patient died in the hospital, not because of the nurse. But suddenly a relation for no reason attacked the nurse to the extent of beating her down to coma. And these are the things nurses and wildfires experience in the area of clinical services

“When there is emergency, there is anxiety and I know that no nurse has ever hesitated to attend to any emergency. And in such periods, we notice that most people will put them under pressure in such a way that if not that nurses have been trained to be very stable and competent in their work, sometimes other things may happen. But they always stand their ground to make sure that nothing happen.”

He went on to explain that nurses and midwives are the major component of the frontline of healthcare and have played key roles in the fight against Covid-19.

Also speaking, general secretary of NANNM, Shettima Thomas Ahmed, noted that it is important to see the role of the frontline healthcare workers, and the strategic position they occupy in the health sector.

He lamented that equipments to enable the nurses carry out their responsibilities are not available and those that are available are obsolete.

He therefore charged both Federal and State governments to pay serious attentions to providing more attention to providing the needed infrastructure.

In his words, “if you look at the number of nurses in Nigeria and the huge services we are to attend, it is evident that we are in gross shortage of nurses. The condition of service of nurses here lead to brain drain. Many nurses leave the country in search of greener pastures abroad.

“WHO Regulations says it is suppose to be 1 nurse to 4 patients, but when you go to some hospitals in the country, a nurse is attending to 20 to 30 patients.”