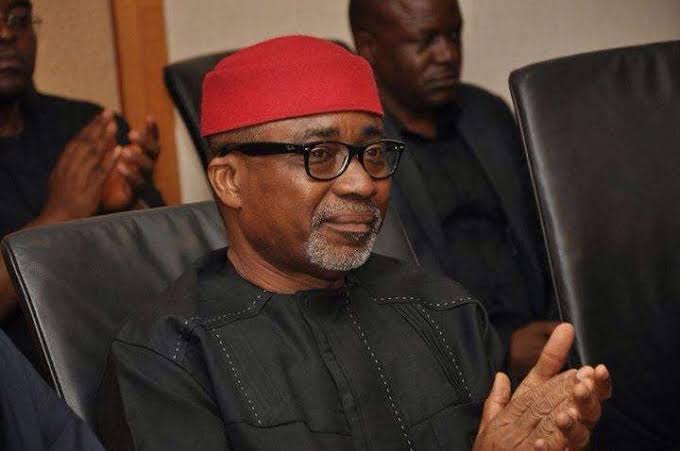 A Senior Advocate of Nigeria (SAN) and former Commissioner for Justice and Attorney General of Imo State, Chukwuma-Machukwu Ume, has restated the need for peaceful coexistence in Nigeria if any meaningful development is take place.

The federalist lawyer and rapporteur of Victims of Persecution, a non-governmental organization, made the remarks while brokering peace between the extended family of Senator Eyinnaya Abaribe and the Catholic Diocese of Aba in Abia State over a disputed parcel of land recently.

In a statement on Sunday, Ume noted that Nigeria’s political leadership should emulate Senator Abaribe’s exemplary leadership of sacrifice in pursuit of harmonious living.

The former Imo State Attorney General who coordinated the entire peace process, said, “What has happened is a reflection of what leadership is supposed to be; making sacrifice in order to keep the society in good harmony, and showing example of sacrifice.”

In his remarks at the occasion, Senator Abaribe who represents Abia South at the National Assembly, called on religious leaders to sustain their prayers for those on the frontlines, trying to ensure a better country for Nigerians.

He made the call in Aba, while handing over 22 plots of land to the Catholic Diocese of Aba following a memorandum of understanding of the church bringing to an end years of misunderstanding on the parcel of land.

The 22 plots of land located in Oholu community in Obingwa local government area of Abia State has been a subject of misunderstanding between the Catholic Diocese of Aba and the extended family of Senator Abaribe.

According to the lawmaker and former Deputy Governor of Abia State, he decided to hand over the 22 plots of land as a gift to the Catholic Diocese of Aba for the common good of the community.

Speaking further, Senator Abaribe said no progress could be achieved without peace. “When this dispute arose between my extended family and the Catholic Church, what was always at the back of my mind was that we should always seek peace; that is what is in the Bible.”

The Senator advised politicians to always act in a manner that would advance the cause of the society with selfless service as a priority.

Catholic Bishop of Aba Diocese, the Most Reverend Augustine Ndubeze Echema, commended Senator Abaribe for his peaceful disposition, which would attract divine blessings.

It would be recalled that Nigerians from all walks of life converged on Abuja last week to honour Senator Abaribe at a public presentation of his autobiography, “Made in Aba.”

Dignitaries took turns to eulogise Senator Abaribe for his courage to speak truth to power and speak up against injustice.

The governor of Abia State, Dr. Okezie Ikpeazu, praised Abaribe for his resilience and courage to speak against societal ills in Nigeria.

A former governor of Anambra State, Dr. Peter Obi, described the Senate Minority Leader as a true representative of the people through his parliamentary engagements that are geared towards advancing the interests of marginalized segments of the Nigerian society.

In a goodwill message, Prof. Pat Utomi, said Abaribe’s book “speaks to the challenges of the Nigerian State. Abaribe represents the challenge of citizens in public life. He is one of the few politicians from the South-East in public life who is a ‘citizen.’”