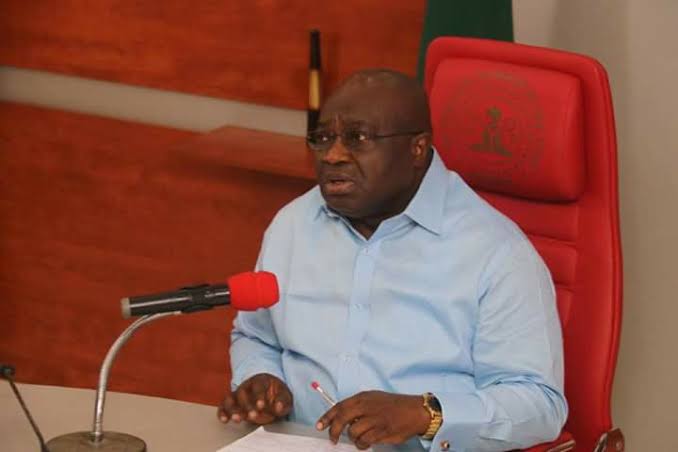 Abia State Governor, Dr. Okezie Ikpeazu, has reiterated his commitment to ensure total restoration of the glory of Aba, the Enyimba City.

The Governor stated this when he received a delegation of UMU ABA WORLDWIDE, an association young men who were born and bred in Aba but are currently living in different countries of the world, at the Governor’s Lodge, Aba.

Ikpeazu when he addressed the group stated that, “Aba is my home. But it goes beyond that. It is the economic center of our state and Ala Igbo in general. Aba houses everyone and they make their money in Aba and help to develop other parts of the state and our region. I will leave no stone unturned in ensuring that the town gets the required attention.

“We have invested heavily in the infrastructural development of Aba and my emphasis is to do projects that are sustainable, not the kind that will be gone after one or two rainy seasons. If you check well, all the roads we have completed and commissioned since 2015 are still standing in top shape. My decision to deploy cement technology, though more expensive is to ensure that our roads last for several years.”

Governor Ikpeazu, further told the group that he will never stop working for the restoration of Aba and Abia at large until the last day in office as Governor. He also told the group that commencement of work on Port Harcourt road will kick start short.

He went on to explain that drainage works had been completed on both sides of the Port Harcourt road from the beginning to end, saying that what is remaining is the main road work, which he promised to deliver in no distance time.

Also, he assured that a brand new Ngwa Road, Ohanku, Obohia and Uratta roads would be delivered in the next 18 months, to the delight of everyone.

Meanwhile, Governor Ikpeazu challenged the members of the group to bring their investments back home to Aba. He noted that his administration is working hard to make the environment safe and conducive for business.

Also, he assured them that their request for land to build a housing estate for their members would be given adequate consideration, even as thanked them for finding time to visit him before returning to their respective bases abroad and wished them safe journey back home.

Earlier in his remarks, the President of the association, Mr Uche Milo, told the Governor that they came to appreciate him for the massive turn around they are witnessing in Aba after many years of rot noting that what they saw this period as they came back home gladdened their hearts.

According to him, with what they have seen on ground, “we will start making tangible presence by establishing businesses in the town from this year.”

Mr. Milo told the Governor that they would be spending their Christmas holidays in Aba henceforth as well as use the opportunity to organize several activities including some soccer events, with the aim of bringing back the good old days of Aba.

He requested that the Governor approves their request for land to build a housing estate for their members as they are all desirous of building their house in Aba in one location.

On his part, the Vice President of the group and an ex soccer international, James Igwilo, told the Governor that their members were very impressed with the emerging scenes of development in Aba and assured that they will partner his administration in different ways to make the town better.

He said that they were also interested in youth development through sports and would use their contacts abroad to assist young Aba soccer players to push their careers abroad.