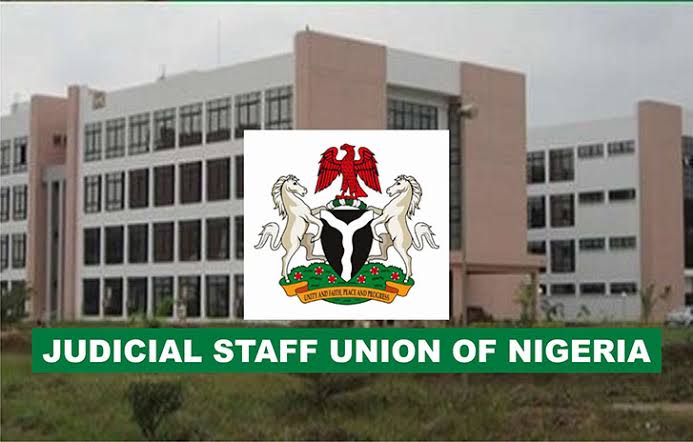 The Nasarawa State Chapter of the Judiciary Staff Union of Nigeria (JUSUN) has directed its members to boycott the valedictory session in honour of the outgoing Chief Judge of the state, Justice Suleiman Dikko, slated to hold on Thursday, 31st December 2020 over what it termed “his sin against workers”.

Chairman of the union in the state, Comrade Jimoh Musa Alonge, communicated this to journalists after an emergency exco meeting of the union.

JUSUN at the meeting said that Justice Dikko is shameless and undeserving of the present of the workers who they said he tormented while in office as CJ.

Comrade Alonge went on the say that the outgoing Justice Dikko, on the issues with workers over the N400m embezzlement allegation against him, neglected the interventions and advices of prominent persons in the state, which includes the state Governor Abdullahi Sule, Emir of lafia, Justice Sidi Bage and host of others.

He said that many workers were hurt by the many actions of the outgoing Chief Judge and would not forgive him over various offenses.

“We just concluded an emergency exco meeting which the only agenda was the valedictory session for the outgoing Chief Judge, Justice Suleiman Dikko. You are aware we had a long battle with him over series of issues that have to do with welfare of our members and the cruel manner at which he handle the matter led to industrial action and even purported disengagement of some of the union leaders.

“The exco deliberated on whether or not for the workers to attend the valedictory session and unanimously agreed that Justice Suleiman Dikko is not a honourable man and so all workers are to boycott the season.

“The exco unanimously agreed not to forgive justice Dikko for his sin against them and would soon demand for her entitlement stolen by outgoing CJ”.

“So we are boycotting because some prominent individuals call for peace on that day and we respect their opinions among who are retired and serving judges”.