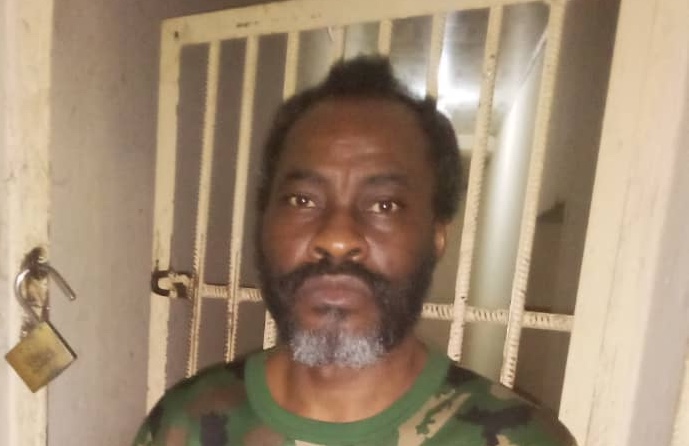 The family of an Air Force Master Warrant Officer (MWO), Michael Oyebanji, who has been on detention for more than a year over a N41 million theft allegation have called on called on the Nigeria Labour Congress (NLC), Civil Society Organizations (CSOs), the human rights groups and President Muhammadu Buhari, to intervene in his pathetic situation.

Believed that the accused deserve a fair trial, the lawyer to the accused, Barrister Sunday Adukwu and a clergyman, Mr. Adeyemi Adediran, on behalf of the family, when they spoke to newsmen in Abuja over the weekend, also pleaded with the Chief of Air Staff, Air Marshal Sadique Abubakar, for his urgent intervention on the matter by confirming the sentence passed against him by a Court Marshal in Markudi, Benue State; to enable the officer seek redress and appeal the sentence in a higher court.

Following Oyenabji’s family appeal, the Director of Public Relations and Information, Nigerian Air Force, Air Commodore Ibikunle Daramola, on Sunday 20th December 2020, stated that the process to confirm the accused sentencing has already started, adding that the case was already undergoing review by the legal team of the Air Force.

Oyebanji and three other executive members of the 151 Base Services Group (151 BSG) Multipurpose Cooperative Society, Makurdi, stood trial before a General Court Martial (GCM), sitting at the Nigerian Air Force (NAF) Base, Makurdi for criminal misappropriation of over N41,000,000.00; and were awarded various sentences since 24 September 2020.

Oyebanji, who was the Vice President of the cooperative was found guilty on all 46 counts and subsequently sentenced to serve 21 years imprisonment, cumulatively, as well as reduction in rank to Corporal and ordered to refund all monies misappropriated.

But his lawyer, who described the charges as trump-up charges, said the judgement was pre-determined as the court martial refused to consider all evidences before it, adding that the whole process was to get at Oyebanji for allegedly daring to refuse a senior officer who was not a member of the cooperative loans.

He further said that the accused has now been in detention for over 580 days (over a year), while the Nigeria Air Force Authority, especially the Chief of Air Staff, was supposed to validate and confirm the court martial within three months of passing the judgement.

Barrister Adukwu added that non validation and confirmation of the court marshal since September 24, have instructed the accused intention to appeal the judgement, which be believes could not stand the test of time in a normal and independent court.

He therefore, called on the Chief of Air Staff to confirm the court martial, saying that this was what the family wanted urgently so that the appeal can go ahead.

Barrister Adukwu, who is also a former military officer said: “I am calling for the confirmation of Oyebanji court martial, they should as soon as possible do the confirmation so the decision they have taken would be tested elsewhere.

“After confirmation we will go to Court of Appeal, we have to challenge that obnoxious decision because there is no way a man will be standing trial for 46 count charges, even if he said nothing, the court on its own can look at the charges and said no, the prosecutor did not prove this, and this and will discharge him on those ones. But they returned conviction on the whole 46. That tells you that, that court is not a court. It is a kangaroo court, I told them to their faces.
“They are still the one keeping us, because we cannot appeal unless it is confirmed. The decision of Court Martial was not final, they are subject to confirmation by the highest authority, the Air Force Headquarters. The Air Force I know very well would not be in a hurry to confirm it, because they know the decision will not survive in the Court of Appeal. So, what they would do is to delay the confirmation to be suffering Oyebanji in jail.” He added.

When contacted by by journalists on Sunday, the Director of Public Relations and Information, Nigerian Air Force, Air Commodore Ibikunle Daramola said: “The process is ongoing, the Legal Department of the Nigerian Air Force is reviewing the court martial findings. When they do that, they send it to appropriate superior authority who will now based on the brief take a decision on that.”

On whether the accused could be released after the review, he added: ” I am not a lawyer. It is not in my position to speak on that, I can’t speak on that. I don’t know the content, all I know like you is what was pronounced by the General Court Martial, and I don’t know the details of what they found and the evidence, I wasn’t there.

“But as the procedure, the rule is that once a court martial makes its judgement, it sends to the appropriate superior authority, the authority based on the legal review and the recommendations that are made to it will now determine to confirm the judgement or otherwise as the case may be. Once that is done, the lawyer to the accused can now go ahead with appeal to a court of higher jurisdiction. That is the procedure.

On the specific time, Air Commodore Daramola said: “The three months, has it expired now? We wait until those days expired before we can say… You know there were 46 count charges against him. So, reviewing all of that to ensure that everything is done properly is not a small task. In order to ensure that there is no miscarriage of justice it must be done very painstakingly so that the appropriate superior authority will be giving the right counsel in terms of taking the ultimate decision on their final decision. So, that is the reason why you may say it has been a while, it is the number of count charges. Every single one of them has to be reviewed and the evidence that was used against him must be looked at, and each of the findings and the punishment awarded must also be look at and the appropriate advice will be giving.”