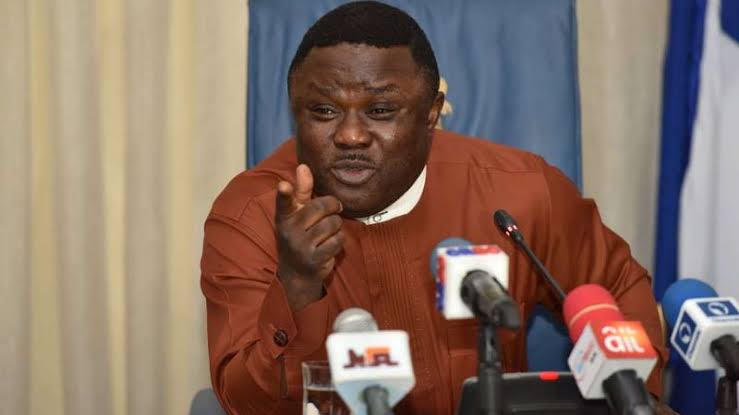 In a statement by ASUP coordinator Comrade Precious Nwakodo and made available to journalists in Abuja, the union called for the immediate release of the withheld November 2020 salary as full implementation of the salary structure.

Also, the Union expressing solidarity with workers of the institution, urged the governor to rather dialogue with their representatives to resolve the issues in the best interest of industrial harmony in the college.

The statement further lamented that the state government resolved to threat and attacked on leaders of the union for embarking on strike to press home her demands after several communications to the government on the issue is uncalled for.

“It has become imperative to bring to the notice of the public the unraveling the situation in the Cross River State College of Health Technology, Calabar.

“The staff of the institution woke to a unilateral suspension of their legitimate salary structure CONPCASS/CONTEDISS in November, 2019 which had been in implementation since 2018 in the state.

“This unilateral suspension negates the principles of collective bargaining and social dialogue, reducing the legitimate emoluments of the workers of the College. After several communications spanning over one (1) year to the effect of a reversal to the appropriate salary structure without any response from the Cross River State Government, the workers deployed the globally recognized instrument of industrial action as a means of compelling the Government to do the needful. The industrial action commenced on November 30, 2020.

“The response of the state government has been the deployment of different levels of intimidation on the already traumatized staff, threats to the leaders of our Union in the College and seizure of the November salaries of the workers even after they had worked the entire month.

“This crude deployment of hunger as an instrument of engagement by Prof. Ben Ayade led Cross River State Government is unconventional, insensitive, primitive and wicked. This is at complete variance with the “compassionate leader” garb which Governor Ayade has led the unsuspecting public to believe.

“Instated of engaging the workers in meaningful and productive dialogue, the Government of Cross River State prefers to create more casualties from its disjointed anti-people policies.

“As a trade union, we condemn this anti-labor disposition of the government in its entirety and at the same time expressing our solidarity with the pauperized workers as no amount of intimidation and crude deployment of repression will deter workers.

“We demand the immediate release of the withheld salaries of the staff for the month of November 2020 as well as the return to full implementation of the approved salary structure of CONPCASS/CONTEDISS for the workers in line with like institutions and by so doing redeem the remaining portions of the integrity of the government”.