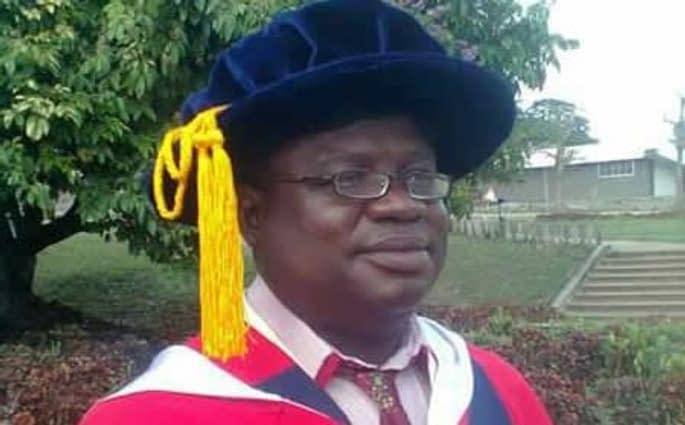 The Academic Staff Union of Polytechnics (ASUP), has asked the Federal government to suspend without delay; the Rector of Federal Polytechnic Ede, Dr. J T Adekolawole, as a result of a ‘no confidence vote’ passed on him by the Academic Board of the Institution.

In a letter dated December 16th 2020 addressed to the minister of Education, Mallam Adamu Adamu, the union stated that the Rector lack moral ground to remain in office after no confidence vote was passed on him in a meeting he was physically present.

Singed by it National PreComrade Anderson U Ezeibe, the letter stated that the union would ask its members to withdraw services should government fail to carry out it demand and Dr Adekolawole remains in office.

“The Rector had continued in defiance of the resolutions of the meeting which found him culpable of the allegations of mounting an illegal programme thereby defrauding unsuspecting members of the public over the years, acts of plagiarism, turning the Polytechnic into his family affair through indiscriminate and undeserving promotions and posting of members of his immediate family into sensitive positions in the Institution, victimization of staff and proven cases of fraudulent transactions in the Polytechnic”. The letter said.

Furthermore, ASUP said as part of her demands , requested for appointment of an Acting Rector to administer the Institution till further notice, setting up of an all-inclusive special visitation panel to look into the allegations against Dr. J.T. Adekolawole.

“These demands are driven by the need to save the Polytechnic from the anarchy which Dr. J.T. Adekolawole’s maladministration has resulted to.