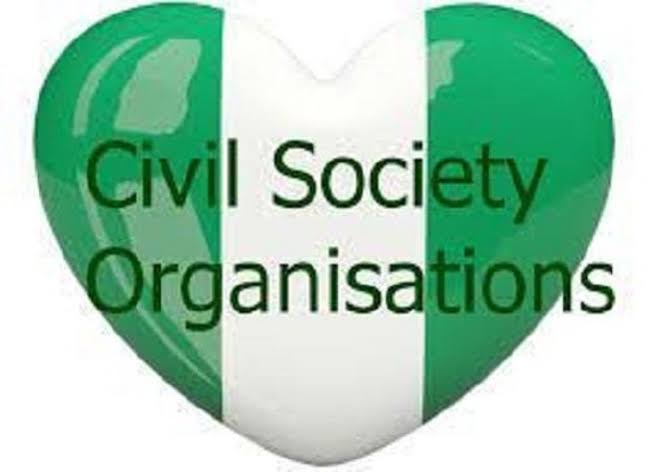 As Nigeria’s government continue to wail and hold “the crash in oil market” responsible for its inability to put in place necessary developmental infrastructure to bettering the country’s economy and the life of its citizens, a coalition of Civil Society Organizations (CSOs) and the Labour, have called on the Federal government to desist from mortgaging the country’s future in incessant borrowing from developed countries, saying that halting Illicit Financial Flows (IFFs) and strict adherence tax justice administration is enough to shoot Nigeria’s economy to the sky.

Unanimously, participants; after a robust deliberations at the end of a Two-Day National Capacity Building/ Sensitisation Training on Tax Justice/ Halting IFFs, drawn from Trade Unions, Solidarity Centre, ActionAid, Oxfam, Christian Aid, CISLAC, TJ&GP, CDD and the media, proffers that a serious adherence to tax justice in Nigeria and other African countries and an action packed move against IFFs to the Western countries would tremendously change the economic fortunes of Africa.

Reports and findings at the well-attended training organized by Solidarity Centre in collaboration with Tax Justice and Governance Platform (TJ&GP) held in Abuja recently enjoined government to; “Put a face to every financial transaction for effective accountability,” and to use every means necessary to attack IFFs because it “has a link to insecurity in the country and widening inequality gap.”

It was also noted that Retrogressive taxation system, Poor budgeting system, poor resource management, poor policy implementation contributes largely to inequality as seen in Nigeria. Findings further showed that citizens would be willing to pay tax if government will sincerely use tax pro-seeds to provide needed infrastructure and social amenities.

“I will gladly pay 30 to 40 percent of my monthly salary for tax if my children’s school fees are free and there is free bus for them to go to school, if quality healthcare and other socio-economic amenities are provided and maintained by government.” Said a participant, at the training.

Meanwhile, a paper presented by NLC at the workshop noted that; “a sustainable and progressive tax base in Nigeria will ensure a steady way for domestic mobilization of resources.” It also added that a Nigeria where Tax is just and well utilized we translate to “mass creation of jobs that will provide the opportunity for the expansion of the tax base, and improvement on public services delivery and sustainable development.”

The NLC paper further said; “Besides, this is a core issue of sovereignty and self-determination. Progressive tax justice policies mean African countries can be financially self-sufficient and free from aid dependency.

“Nigerian and African governments must commit to ensuring companies doing business pay their fair share of tax on the economic activities that take place within our jurisdiction. Whether companies are extracting minerals, setting up factories, or selling goods or services, we will deprive our people of their basic needs and human rights if we do not ensure corporations pay their fair amount of taxes.

“Government must strictly limit the use of discretionary incentives and provide transparent explanations and parliamentary reviews of tax incentives when they are used. Nigerian government and other African governments undertake national and regional coordination to reduce harmful tax competition across borders.

“Importantly, the Nigerian government must resist the temptations and advice to undertake tax policies that will pass tax payment burdens on the poor. For instance, essential items such as food and medicines should not be taxed. Rather, we will encourage the taxing of luxury goods, as well as suggest that government considers higher taxes on harmful goods such as cigarettes.

Furthermore, representative of ActionAid, Mr Celestine Odo, reechoed Oxfam 2015 report which said that “Nigeria is one of the few countries where the number of people living in poverty increased, from 69 million in 2004 to 112 million in 2010 – a rise of 69 percent, despite a rapidly growing economy.”

His presentation also noted that ; “The number of millionaires increased by 44 percent during the same period. More than 112 million people are living in poverty in Nigeria, yet the country’s richest man would have to spend $1 million a day for 42 years to exhaust his fortune. Nigeria, one of the most unequal country globally, 152/152 in the Oxfam global inequality index report 2017

“The wealth of five richest men in Nigeria in 2017 ($29.9 billion) could end extreme poverty in the country yet 5 million face hunger, Since 2015, the richest 1% has owned more wealth than the rest of the planet, Eight men now own the same amount of wealth as the poorest half of the world”