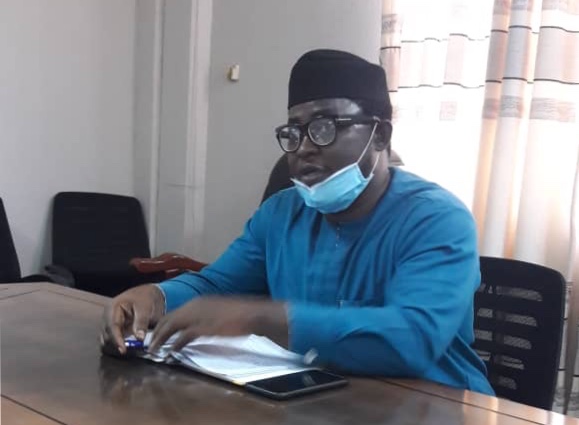 A Civil Society Organisation, Wanda Adu Foundation, has taken its campaign against child sexual abuse to the Nigerian Supreme Council for Islamic Affairs (NSCIA), calling on the umbrella Muslims’ body in the country to help battle the societal menace.

Founder of the Foundation, Wanda Ebe, who led a team from the organisation on a visit to NSCIA on Monday in Abuja, said the move was to solicit the support of Islamic leaders on the protection of children from sexual predators in the society.

“We know that religious leaders play a very vital role in our society and we deem it fit to use them as a tool for awareness creation and advocacy as well, because everyone respects his or her religious leader.

“We have also discovered a lot of sodomy going on in different communities and are not limited to a particular religion or tribe. It is a universal issue, we can all tackle it together,” she said.

Wanda said the Foundation has taken similar campaigns to Christian’s organisations, National Agency for the Prohibition of Trafficking in Persons (NAPTIP), among others.

She said: “The whole aim of this meeting is to see how best to protect our children from sex offenders, from paedophiles, from persons who derive pleasure in defiling children, and we have been able to meet with the NAPTIP, the Nigeria Police, we have met with Christians Association of Nigeria and community leaders.

“We have also carried out street campaigns, community campaigns on what people need to do when there are cases of child sexual abuse to prevent all of these things.”

Speaking further, Wanda said the Foundation is partnering with the International Centre for Investigating Reporting (ICIR) and Institute for War and Peace Reporting (IWPR) on the Child Sexual Abuse in Nigeria Project, even as she expressed hope that fight would gain more momentum with the support of NSCIA.

Wanda, who lamented the rising incidents of child sexual abuses in the country, said many people are being sexually exploited in communities across the country.

“Sex should not be forced, consent should be given, and of course, children are the most vulnerable because with just N10 sweet, a child can be lured and be defiled,” she said.

Receiving the Foundation on behalf of the Chairman of NSCIA; His Eminence, Muhammadu Sa’ad Abubakar, the Sultan of Sokoto, the Deputy Legal Adviser of the Council, Haroun Muhammad Eze, expressed the readiness of the body to always support all efforts to tackle child sexual abuse in the country.

His words: “It is quite unfortunate that these social vices you have enumerated are also prevalent in the Muslim community where we have laws in the Quran and in the practices of the Messenger of Allah (SAW). That only we should abide by those laws, by those rules and regulations we will not see even one case of sexual abuse, of child abuse, of forced marriage, of infant marriages whether by consent or otherwise.

“Islam abhors forced marriage, Islam frowns at early marriage of any girl-child. Islam will not support any of these and as Muslims who know the teaching of Islam, we will stand with any organisation, whosoever, that promotes upright society.

“We are with you and we hope that this partnership will propel our nation in the right direction and will help to reduce the spate of incessant occurrences of these menaces we are seeing in the society.”

Lemmy, who cited recent cases of child sexual abuse in the nation’s Federal Capital Territory, said there is a need for the government to do more in the area of prosecution of offenders and rehabilitation of victims.