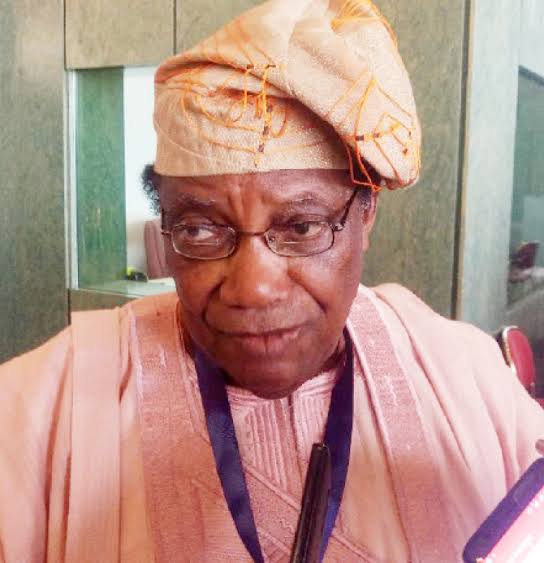 A group of pensioners under the aegis of Sectoral Unions and Parastatals of the Nigeria Union of Pensioners (NUP), have expressed displeasure against the Minister of Labour and Employment, Sen. Chris Ngige, for re-grouping and registering additional two pensioners’ centres in the country.

The group also directed its members to disassociate from all activities or events of one of the newly registered pensioners’ centre, Federal Parastatals and Private Sector Pensioners Association (FEPPAN).

According to a communique signed by the chairman of the group, Alex Abu, who addressed journalists in Abuja after a meeting with the NUP national headquarters on Tuesday 18th, 2020, the pensioners faulted the regrouping and registration of two other pensioners’ body, while they call on all government agencies in charge of pensions including the Pensions Transitional Arrangement Directorate (PTAD), to respect the collective decision and right of freedom of association of parastatals pensioners.

The Communiqué reads in part: “The meeting frowns at the purported registration of another trade union by the Minister of Labour and Employment, Dr. Chris Ngige in contravention of the extant labour laws, and in utter disregard for the interests of all civil and paramilitary pensioners in Nigeria, including all other parastatals.

“This is moreso as the sector has never at any point in time been approached or consulted over the purported regrouping or registration of a new union by any group of persons to carve them out of the Nigeria Union of Pensioners which they are already comfortable with.

“The meeting berates the Minister of Labour and Employment over the purported registration of FEPPAN against the wishes of the majority of members of the parastatals pensioners, and despite the ongoing court cases and several court injunctions against the registration.

“The meeting further restates and pledges its commitment, support and loyalty to the Nigeria Union of Pensioners as the main Umbrella body of all pensioners groups in Nigeria, including the parastatals.,”

Earlier, national president NUP, Dr. Abel Afolayan, urged the pensioners whom he saod desires to congregate under one union, not to allow any force of opposition no matter how strong, divide the NUP.

“Despite the resistance from NUP and the outcry by the parastatals pensioners who have chosen to remain with NUP as obtained in the present dispensation, Mr. Temple Ubani and the Minister of Labour and Employment went ahead in their determination to regroup and register a new union.