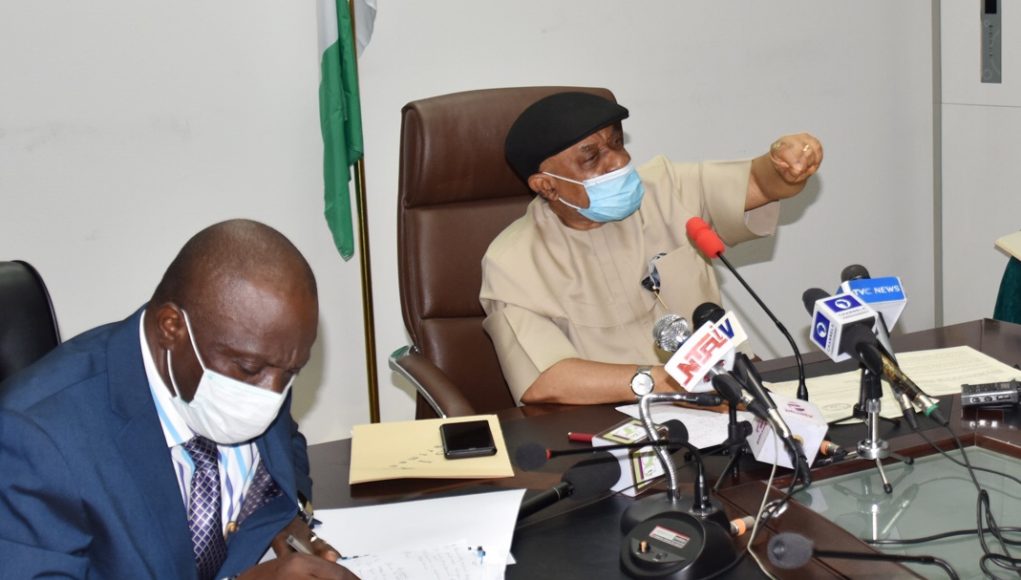 The Federal Government will next week commence the payment of June hazard allowance for medical personnel handling the COVId-19 pandemic.

The Minister for Labour and Employment, Dr Chris Ngige, disclosed this today after a meeting between the Federal Government and the Nigerian Association of Resident Doctors (NARD) in Abuja.

Ngige stated that notwithstanding a shortfall in revenue, Government would start the payment with six hospitals, while expecting more funds.

The Minister said that Teaching Hospitals and Medical Centres had been directed to submit to the Ministry of Health, the list of names of their personnel who had some hitches in receiving their payments, adding that the names would then be forwarded to IPPIS from there.

He added that the issue of shortfall in payments had also been dealt with, as the names of the affected persons would be compiled and forwarded to the Ministry of Finance.

Ngige revealed that the case of the University of Port Harcourt Teaching Hospital (UPTH) had been amicably resolved, with the Chief Medical Director bringing back the interdicted Resident Doctors.

According to him, the two factors thrown up by the crisis in that local chapter of NARD had merged peacefully. “Elections have been conducted to elect an interim executive to man the affairs of that chapter till December 2020, after which a fresh election would hold for a new executive that would take over in 2021.”

He congratulated the interim government in UPTH headed by Dr Solomon Amadi, and commended the Peace Committee for brokering peace successfully and the Nigeria Medical Association (NMA) for superintending over the election.

Also speaking, the President of National Association of Resident Doctors (NARD), Dr Aliyu Sokomba, noted that although a few issues were still pending, significant progress had really been made in addressing the concerns of NARD.

He appreciated the efforts of the Federal Government side led by Minister for Labour and Employment, Dr Chris Ngige.