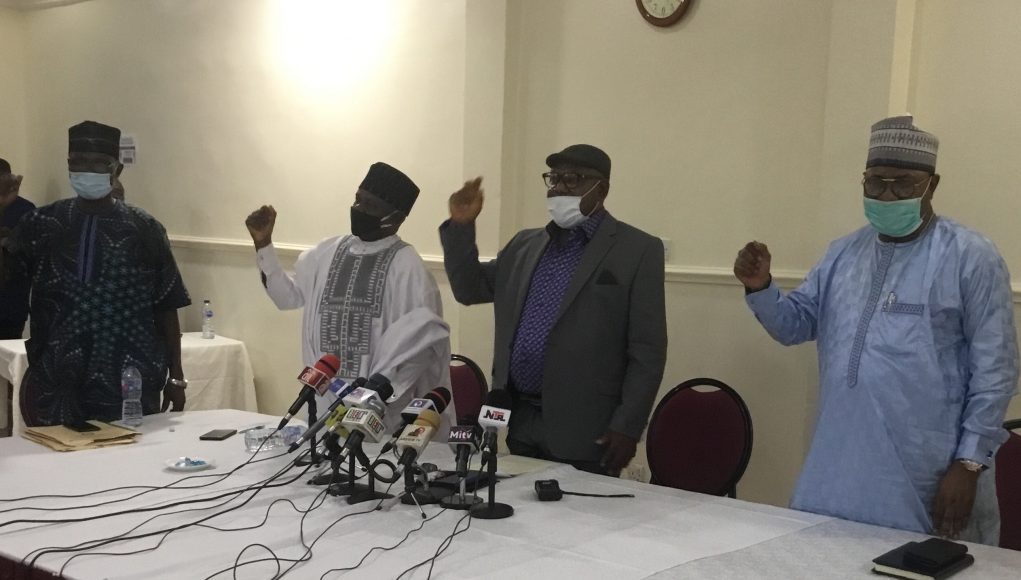 University students may not be resuming anytime soon, as non teaching staff unions in Nigerian universities, have warned that unless the Federal Government meets its demands, the University system would be thrown into chaos immediately the schools were deemed safe for resumption.

Recall that the Nigerian Universities Commission (NUC), recently revealed that there were ongoing modalities by the commission and vice chancellors, to determine safe resumption of universities as soon as possible.

But addressing newsmen on Thursday in Abuja, the Joint Action Committee (JAC) of the Senior Staff Association of Nigerian Universities (SSANU), and Non Academic Staff Union of Educational and Associated Institutions (NASU), said an industrial action was inevitable, as government has continued to renege on agreements, adding that one year after, workers in the nation’s universities were yet to be paid their arrears of the minimum wage increment unlike workers in other sectors.

Speaking on behalf of the Unions, the JAC chairman and SSANU President, Comrade Samson Ugwoke, also noted that despite series of letters by the Unions to the Integrated Payroll and Personnel Information System (IPPIS) office since February 2020, their members were still confronted with several challenges, particularly with salary their payments.

According to the unions, in the last seven months, their members who have been witnessing unwarranted and inexplicable delays going into the second half of the next month before payments of salaries, were being suffocated by the System.

The Union stated: “As responsible Unions, we have avoided these crisis but the irresponsibility of government and its officials have led us to a point where it has become inevitable. If fight we must, then fight we will.

“We have again cried out to the general public with a view to inviting stakeholders and well meaning Nigerians to prevail on Government to correct the anomalies of IPPIS, pay us the arrears of both Earned Allowances and Minimum Wage, among all the other issues highlighted above, failing which it will be a showdown in the University System effective from when Universities would be directed to reopen for activities after the COVID 19 lockdown.

“If by the time schools are asked to reopen and the needful is not done, it means hope is lost and the earlier avoidable industrial conflict becomes inevitable. This is what we seek to avert, hence this public outcry and call.”

Other issues raised by the unions includes: “Haphazard payments leading to non-payment, underpayment, overpayments and multiple payments in some cases. Misinterpretation and wrongful implementation of extant documents on statutory deductions as regard staff salaries and allowances in the University System.

“Non-issuance of payslips to workers.
Non implementation and unilateral withdrawal of extant allowances hitherto agreed upon with the Federal Government in the FGN/NASU and FGN/SSANU 2009 agreements and other subsequent Memoranda of Understanding, being product of collective bargaining.
Non-payment of arrears of new Minimum Wage.

“Irregular deduction and non-remittance of third party deductions such as Bank loans, Union Check-off dues, Cooperative Contributions among others.”