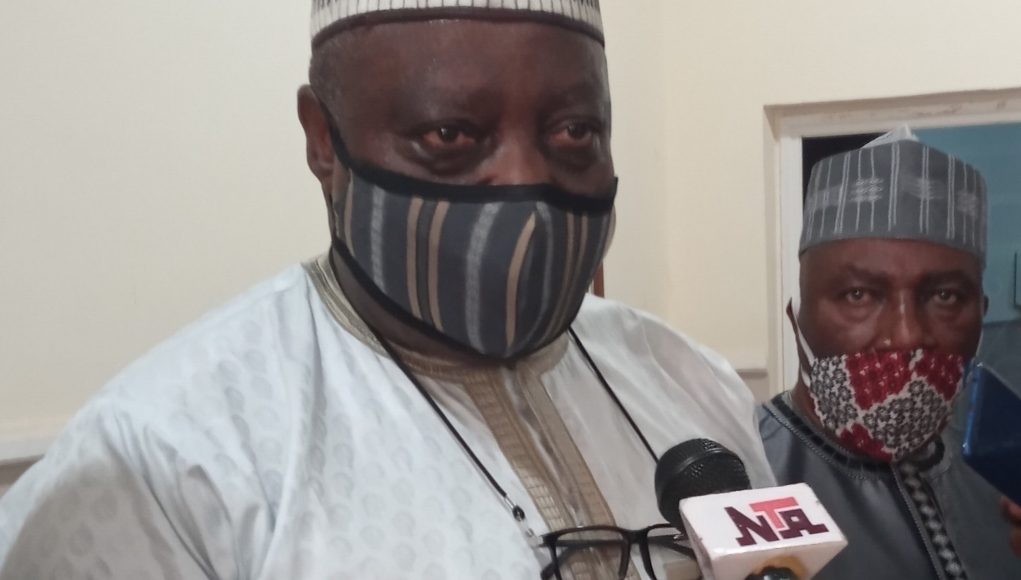 As Nigeria like many other countries across the world battle the novel Coronavirus pandemic, a boisterously wave of industrial crisis is fast approaching the country’s health sector with the sequential “we can no longer guarantee industry harmony” warnings of the Medical and Health Workers Union of Nigeria (MHWUN).

The union has again urged the President Buhari-led Federal government to urgently address the concerns of its members, which according to the National President of MHWUN, Comrade Josiah Biobelemoye, are sacrosanct and determinate to its members’ continuance to rendering health care services in the country.

Reiterated when the National President of MHWUN, Comrade Josiah Biobelemoye, paid a visit to the Chief Medical Director (CMD) of University of Abuja Teaching Hospital (UATH), Prof. Ekele Bisalla, on Thursday 6th August, 2020, the Union strongly warned that it would not guarantee industrial harmony in the health sector if the issues surrounding MHWUN members who were wrongly paid 10 percent as Covid-19 allowance is not urgently addressed by relevant authorities.

He went on to say that the CONHESS adjustment must be done without delay as her members are running out of patient, mostly due to the misunderstanding by doctors that seeking the scheme adjustment for MHWUN members is consider as asking for the same pay with the doctors.

Again, MHWUN blamed the ministry of health for creating division among the health care workers irrespective of their professions, and stressed that the union has resolved to shut down the health system if government didn’t correct the anomalice before payment of the third badge of the covid-19 allowances.

He said that the agreement signed with the Ministry of Health on the covid-19 allowance was that those who earned five thousand naira as hazard allowance would be replace with 50 percent of their basic salary.

The union leader further lamented that instead of implementing the agreement accordingly, the CMDs of various hospitals were mislead to implementing only D part of the agreement, which they misunderstood to be given 10 percent to our members consider as non medical professionals.

“There is one misinformation that has been going round about covid-19 allowances. we enter an agreement and is explicit, the agreement in paragraph one part A, B, C and D is very clear but the CMDs were mislead to acting in only paragraph D, leaving out full aspect of paragraph A, B and C.

“This was confirmed even when we met with the Federal Ministry of Health officials, they agreed that there was an error and asked us to provide for them the lists of those that were wrongly paid 10 percent, we have done that with the financial implication.

“So we want to make it open to your management team now so that the circular with the wrong information can be withdrawn and replace with the corrected one. This is because in the agreement, paragraph one A state that the five thousand hazard allowance has been shelved and in its place, 50 percent shall be approve for all health workers and not health professionals.

“It also says that for those who are not serving the public, like police, military or NNPC clinics, theirs will be 40 percent, while those who are working in covid-19 centres will have extra 20 percent. So we feels when you go for CMDs meeting, you can also brief them, especially for fair minded CMDs like you to do the correction and if they fail to do that before the pay the third badge, we may not guarantee industrial harmony within the system.

“We also want them to know that an hour disharmony in the health sector at this critical time would cost this country much more than they will use to pay for correct in value. So we want fair minds like you to tell the government”.

On the misinformation that the union is asking for the same salary with medical doctors, Comrade Biobelemoye said it is far from the truth, urging the leaders in the sector to ensure actions that would promote industrial harmony in the system and not the other way round.

“Other issue that if not address the hospitals will not be peaceful is the issue of CONHESS adjustment. This has been misinterpreted especially by our brothers, I m saying this because if the leaders have done the necessary thing, may be there won’t be any need to form another unions.

“We have asked that the CONHESS be adjusted and it has been interpreted by then Minister of Health that JOHESU are asking for equal salary with doctors. For instance if a doctor graduated from the university , He or she is placed on level 12, and a non doctor after graduation is placed in level 7 or 8 and it would take such a person 9 years to get level 12. So I ask that does that mean that a medical doctor who graduated the same time with non doctor remains stagnant to wait for the non doctor to meet on level 12 after 9 years”.

He also commended the CMD of UATH for the peaceful coexistence between the union and the management of the hospital.

Biobelemoye hinged the development strides visa-vis industrial harmony visibly in UATH on the leadership style of the Chief Medical Director, Prof. Ekele Bisalla and urge him to share the magic with other CMDs and heads of health institutions in the country.

The union leader further said industrial harmony in a workplace can encourage productivity.

“We want you to share your magic with other leaders in health institution so that we can have a peaceful health system in the country. Because you and I know that public health institution are cheapest that ordinary Nigerians can afford, so if you share that magic one with them and there is peaceful harmony there will be better output in the health system in the country”.