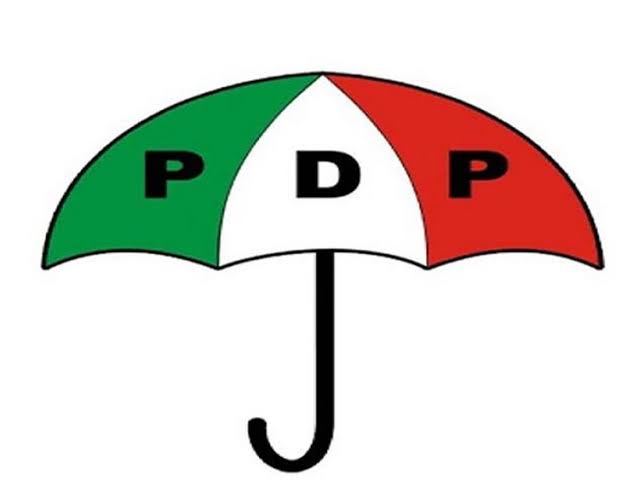 *Says House Sliding To A New Low Under Speaker

Peoples Democratic Party (PDP), Reps Caucus in the House of Repesentatives has called on the Speaker, Femi Gbajabiamila to as a matter of urgency halt what it called, “a slide into a new low” in terms of credebility and integrity of the House in the eyes of the public.

In a letter signed by its leader, Rep Kingsley Chinda (Rivers), on August 2, 2020 and addressed to the Speaker, the Caucus expressed concerns over recent happenings in the House, particularly as they concern the NDDC probe and other similar endeavours undertaken by the House under Gbajabiamila.

The letter, a copy of which was seen by Daily Independent also made reference to the allegations made by the Niger Delta Affairs Minister, Godswill Akpabio against some members of the National Assembly at the NDDC public hearing, wherein the presiding chairman was heard telling Akpabio to stop making any further revelation as a way of covering up wrongdoings by lawmakers.

The Caucus also accused the speaker of reading just a part of Akpabio’s response to the 48-hour ultimatum given to him, thereby leaving out portions containing the list of contractor-lawmakers who have allegedly benefitted from NDDC contracts.

The letter reads in part:

“We are burdened to write this open letter of appeal to you to take urgent steps tp address the eroding cedibility of the House of Reprsentatives. Of course, as one of the longest serving legislators, you are aware that the Hous of Representatives has faced several challenges since 1999, chief among tgem is getting the public to repose confidence in it and believe in the integrity of its members and leadership.

“Recent developments, especially following hard on the heels of the 8nvestigative hearings empanelled by your leadership, suggest that the House of Representatives has descendrd into a new and unprecedented low. Sadly, invyhe eyes of many Nigerians who are our constituents, we have become doppelhangers of members of the executive arm the House set out to investigate in tge first place. The similitude is telling, sir. However, as conscientious members, we fear and justifiably so, tgat the House will continue to plumv the depth of the new low, if you dont find tge courage and firmness to halt the slide, and quickly too.

“The sound bites from the investigative hearings undertaken by tge Committee on the Niger Delta Development Commission(NDDC), have not only undermined the House of Representatives, but have also posed bad portents to tge institution of the National Assembly. As youvaware, damning allegations, albeit falsely, were made before and during the hearings against some committee members, notably the chairman od the committee.

“Recall that videos which went viral in the social media showed the minister of Niger Delta Affairs, Senator Godswill Akpabio making allegations against some members of the National Assembly. Recall too that the minister was stopped by some committee members who were heard saying, ‘its okay, its okay. Off your mic’, and ‘in your interest’; and thus setting off widespread jocular and caricature performances among citizens in the public spaces of our country and indeed globally. If anything undermines the sense of selfworth of members of the House, this is it”, the PDP Caucus letter said.

While noting that allegations by MDAs under probe against the House are not new or strange, as they are often tactics deployed by the executive to divert attention from the subject of investigation, it however voiced concerns that accusations arising from the probes have been handled with levity despite their grievous nature.

“…we are worried that after the minister responded to your 48-hour ultimatum, you only read part and not the entire content of his letter to the House. The version of the letter published incthe social media was much longer; and it specifically mentioned names including some members of the National Assembly. The letter does not exonerate all members of the House as we were told. In facr, it directly mentioned some members in different conflicting and problematic situations with the NDDC.

…”the ministers letter showed rhat emergency contracts awarded by the NDDC running into billions of Naira were never executed but were fully paid for. The allegation also fingered some members as allagedly musculing the NDDC into paying for some of these contracts. He also accused some members of collecting some of these emergency contracts in the later part of 2019 through proxies and causing the NDDC to backdate award dates to fit into the 2019 budget tgat had lapsed at the time. These allegations are damning invthe main and should not be swept under the carpet”, the letter further urged Gbajabiamila.

It further chided the Speaker for excusing the acting Managing Director of NDDC, Prof. Kumo Pondei after his “theatrical slump at the hearing” which many believed was contrived to evade further questions from the panel.

Recall that the Speaker had said after the incident that the committee would rely on the MD’s deposition and documents already submitted to the House to arrive at a decision.

The PDP Caucus therefore urged the Speaker to subject the allegations to further scrutiny, saying that accused persons cannot investigate themselves.

“…as a senior lawyer you understand the maxim “nemo judex in causua sua”. Can a committee of the House in the circumstance truly turn out reports thst the public can take seriously and believe in? You have by this action opened room for the public to continue to disbelieve the House of Reprsentatives”, it said.

It therefore called on the Speaker to allow President Muhammadu Buhari to set up an independent investigative panel made up of Justices of the high bench, to probe allegations levelled by the minister of Niger Delta Affairs against some members of the National Assembly as the only credible and objective course of action.