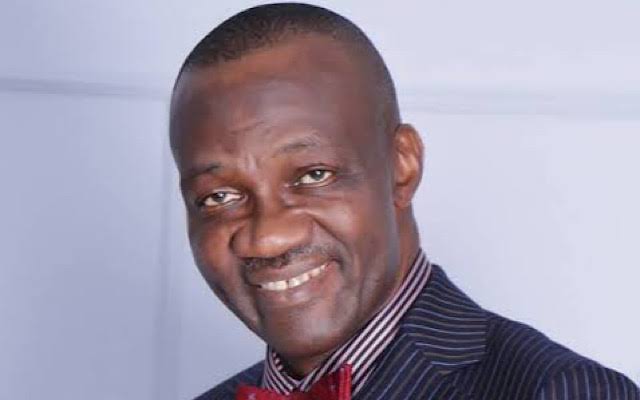 …Says Beneficiaries Were Last Paid In 2016, IMC Has Concluded Process Of Paying Backlog

The South South/South East Transparency Group on Wednesday came to the defence of Interim Management Committee of the Niger Delta Development Commission (NDDC), saying the Executive Director on Project, Cairo Ojougboh didn’t lie when he said that the money paid into his account was for a trip to see the commission’s graduating students oversea.

Ojougboh had disclosed during a television interview that the money paid into his account was for a trip to see the NDDC graduating students oversea.

“The money he’s talking about is for a trip to see our students who are graduating in September. We have over a thousand students oversea. When they are graduating and from time to time the executive have to visit them to make sure that those who are there…… ” Ojougboh had said.

Addressing newsmen on Wednesday, the President of South South/South East Transparency Group, Kekemeke Ewokor noted that since 2016 the beneficiaries of the scholarship have not been paid.

The group noted that the IMC, which came on board in 2019 has already concluded the process of paying the backlog.

The transparency group noted that since the inception of the programme in 2010, the total number of beneficiaries of the scholarship are 1800, adding that after the first six years, it is only the IMC that is putting things together to ensure that the students smile once again.

The group said that it is not fair to say Ojougboh is culpable of anything, stressing if Ojougboh was fraudulent, he would not have allowed such money to be paid into his account, adding because the money was for a noble cause, which was for him to see the graduating students, it was paid into his account.

The group added that they have done their investigation and discovered that what Ojougboh said was the truth.

Ojougboh had said that the money was for air fare and estacode for the trip to London to see the graduating students.

The group added that they have see the letter of invitation by the school in London, which was address to the NDDC for the trip.

The letter, according to the transparency group reads;

“It is with great pleasure that I would like to invite you to a graduation ceremony taking place at Coventry Cathedral for students graduating this summer.

“The ceremonies are the pinnacle of our academic calendar when we celebrate the achievements of our students graduating from Coventry University in the company of their families, friends and peers. It is a joyful event at which we welcome new members to our ever increasing global community and share Coventry University’s success with distinguished guests, partners and supporters.

“Due to covid-19 pandemic, we are still awaiting instructions from the government to confirm the dates in which we can go ahead with our joyous graduation celebrations and we will provide further details in due time.

“I look forward to welcoming you to Coventry.